In A Continuing Effort To Keep You Up To Date On The Continuing Republican Attack On Unions & Their Members: The NLRB Proposes More Changes To Union Elections 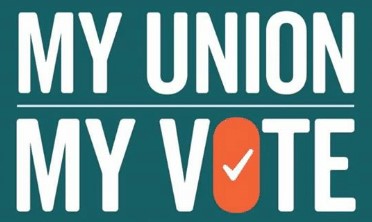 (WASHINGTON, D.C.) - The National Labor Relations Board (NLRB) is proposing several changes that are intended to make it easier for Workers to remove a Labor Union representing a Bargaining Unit.

Most notably, the NLRB announced it plans to use Administrative Rulemaking to reshape its “blocking charge” policy to prevent Unions from stopping Decertification Votes by accusing employers of election interference.

Under the new proposal, votes would proceed - but the ballots would be impounded until he charges are resolved.

A measure proposed also would change the “Voluntary Recognition Bar,” which currently makes Workers wait at least six months before they can file Decertification Petitions to oust Unions that employers had voluntarily recognized as their exclusive Bargaining Agents.

The proposal to change those policies marks another major step in the Trump Labor Board’s efforts to use formal notice-and-comment rulemaking to shape Labor Law, analysts noted.

The NLRB is likely to promote additional measures that benefit firms over Workers, according to industry analysts.

Currently, the NLRB has three Republican members and just one Democrat.

To Directly Access This Labor News Story, Go To: www.mcknightsseniorliving.com/home/news/labor-board-proposes-more-changes-to-union-elections/?fbclid=IwAR0UKXtHr9jhXjoraOIYujVkJwC9_kiTvqNH49iqUPs8DtPXSGwq5B_4KOQ