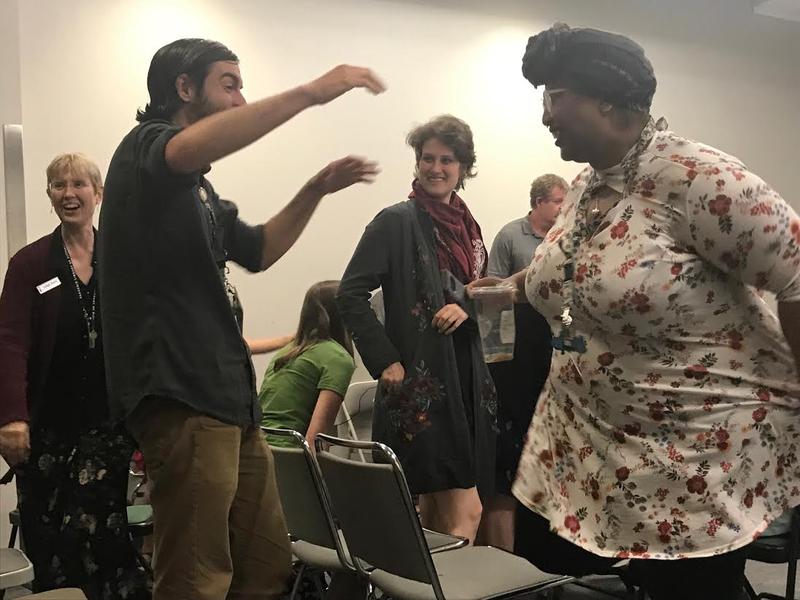 (PITTSBURGH, PENNSYLVANIA) - Nearly 60% of Carnegie Library of Pittsburgh Librarians, Library Assistants, Clerks and IT professionals who cast ballots earlier this week voted in favor of Unionizing.

A couple dozen people applauded and hugged after the votes were tallied at the library system’s main branch in Oakland (pictured above).

According to the National Labor Relations Board, 321 Employees were eligible to vote from 19 branches.  Of those, 173 voted for and 106 against forming a Collective Bargaining Unit with the United Steelworkers (USW) Union.  There were 13 challenged votes.

Isabelle Toomey is a Librarian at the downtown branch who says she “wants a seat at the table.”

“It ‘means we have a voice about the job we all care about.’  ‘It means that we have protection and we can have secure, happy lives doing jobs we love for people who deserve it, too,’” she said.

Union Organizers said they want a more inclusive and equitable work environment and a stronger voice when it comes to decisions about pay, benefits, hiring and promotions.

James Graham, a teen Library Assistant at the Hazelwood branch, said - for him, a Union means having a way to fight for the libraries people deserve.

“We think a Union ‘is the best way to represent the community’s interest and the public’s interest within the walls of the library,’” he said.

The Workers filed for a Union Election with the National Labor Relations Board (NLRB) in June, a year after conversations began.

Library Drivers and Environmental Workers are already represented by the Teamsters and the Service Employees International Union (SEIU).

To Read This Labor News Story In Its Entirety, Go To: www.wesa.fm/post/carnegie-library-workers-vote-unionize-seat-table?fbclid=IwAR1z_sOo2wJg5F3yRwFazHEFGW5zJo2xkLcx_tcC3JxlR4a_x3vDV0InnLc#stream/0