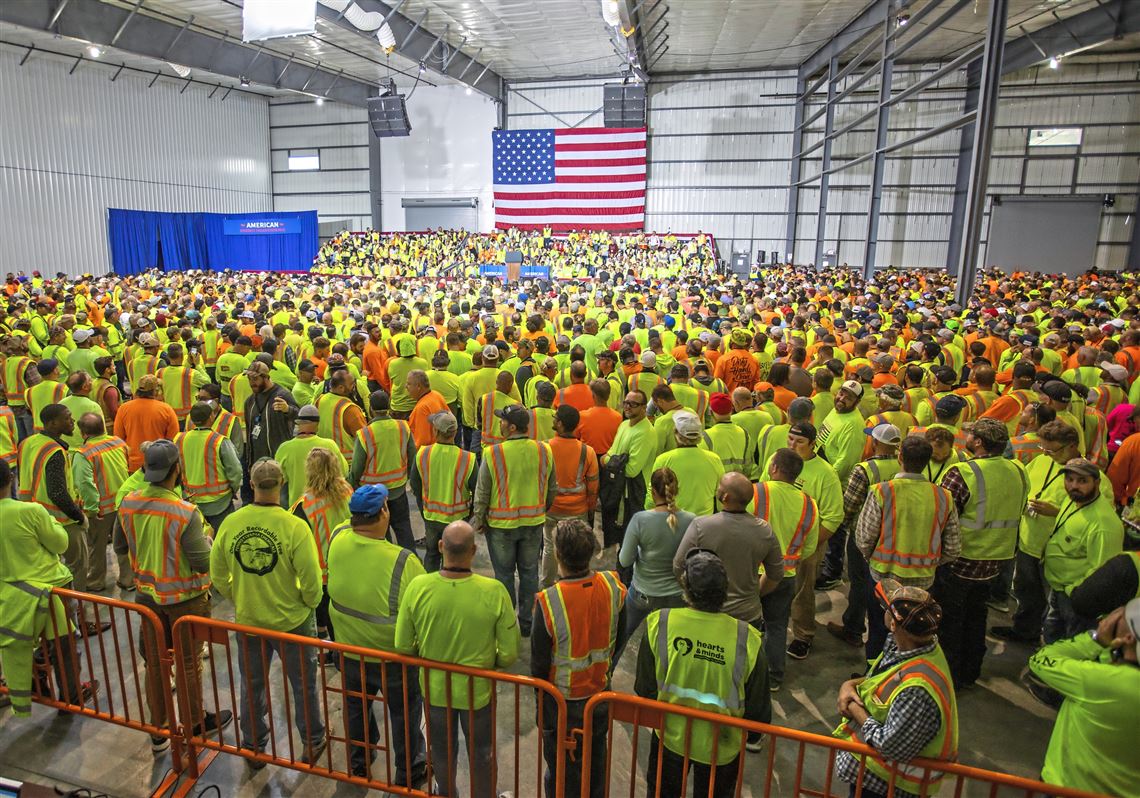 (BEAVER COUNTY, PENNSYLVANIA) - The choice for thousands of Union Workers employed at Royal Dutch Shell’s Petrochemical Plant in Beaver County was to either spend Tuesday (August 13th) standing in a giant hall waiting for Republican President Donald Trump to speak or to take the day off with no pay.

“Your attendance is not mandatory,” read the rules that Shell sent to Union Leaders a day ahead of the visit to the $6 billion construction site, but only those that showed up at 7 a.m., scanned their cards, and prepared to stand for hours - through lunch, but without lunch - would be paid.

Those who decided to sit out the event would have an excused absence, the company said, and would not qualify for overtime pay on Friday (August 16th).

The company has a 56-hour work-week with 16 hours of overtime - that means those Workers who attended Trump’s speech and showed up for work on Friday, meeting the overtime threshold, are being paid at a rate of time and a half, while those who didn’t go to hear Trump are being paid the regular rate, despite the fact that both groups did not do work on the site on Tuesday.

“This is just what Shell wanted to do and we went along with it,” said Ken Broadbent, Business Manager for Steamfitters local 449.

The Local has 2,400 Workers on the site and Broadbent said he would not “bad rap about it one way or another.”

Broadbent said anyone who did not want to show up to work that day was free to do so.

“This is America,” he said.

One Union Leader, who asked not to be named because he did not want to make trouble for his Co-Workers, said that one day of pay might amount to around $700 in pay, benefits and a per diem payment that out-of-town Workers receive.

Ray Fisher, a spokesman for Shell, said “this was treated as a paid training day with a guest speaker who happened to be the President.”

He said Workers engaged in “safety training and other activities” in the morning.

“It’s not uncommon for us to shut down the site for quarterly visits from VIPs - popular sports figures like Rocky Bleier and Franco Harris have visited the site to engage with workers and to share inspirational messages. Shell/Penske NASCAR driver, Joey Logano was another guest at the site,” Fisher said.

Several Union Leaders said they were not consulted about the arrangement before it was sent out.

Shell’s list, however, suggested they had green lit it.

More than a dozen unions work at the Shell site, the largest construction project in the state.

To Read This Labor News Story In Its Entirety, Go To: www.post-gazette.com/business/powersource/2019/08/16/Trump-speech-union-crowd-Shell-ethane-plant-natural-gas-beaver-county-pennsylvania-attendance-pay-overtime/stories/201908160113?fbclid=IwAR2o_iYWUXORhOwUmHYi1S6LpnDU-OEVLkRjoPYUALnjTgDxLJ6cTjkverE