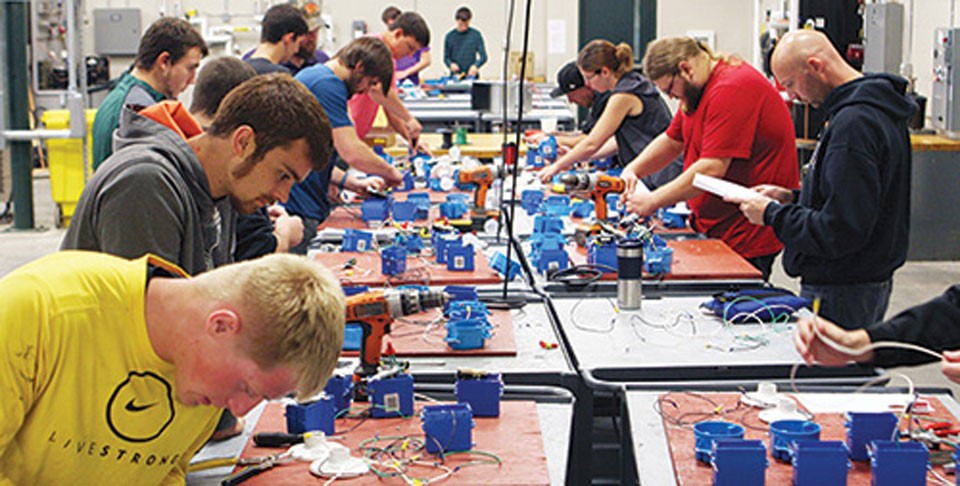 But Workers and Unions concerned over the Trump DOL scheme don’t have much time left to object with the deadline for comments on August 26th, the Laborers report.  Comments can be filed, via Building Trades Unions, at https://www.saveconstructionapprenticeships.org/#/34.

The proposed industry-backed rule is a direct attack on Union Registered Apprenticeship Programs, which provide rigorous skills and safety training and must meet strict requirements set and enforced by the Department of Labor.

“We need to make sure the (Trump) Administration does not allow low-quality Industry Apprenticeship Programs, called IRAPs, in the construction industry.  IRAPs would open the door to Unskilled Workers - not only lowering Apprenticeship pay, but your wages and benefits as well,” the Laborers warn.

Trump’s rule would provide contractors with another means to steer Workers away from Union Membership, telling Workers they don’t need to be a Union Member to receive training.

That relieves Apprentices of massive college student debt and lets them step right into well-paying Union Construction Jobs when they graduate.

And, those jobs include health care coverage and retirement benefits.

By contrast, the Non-Union Contractors whom Trump would put in charge of training new Workers offer low pay, no benefits, no pensions, and no job security, either.

Construction Unions are urging Workers, including their Members, to protest, loudly, by the DOL deadline.

Laborers President Terry O’Sullivan warns, however, that the protests must be individual and not mass-produced, as DOL has already said it will disregard those.

“The construction industry already has quality Union Apprenticeship Programs that work,” said John Stiffler, who serves as the Executive Secretary-Treasurer of the St. Louis Building & Construction Trades Council. “Registered Union Apprenticeship Programs ensure Workers rebuilding our infrastructure have the highest level of training, keeping our communities and families safe.  They work for employers, they work for Workers and their families and they work for our communities.”

To Continue Reading This Labor News Story, Go To: www.peoplesworld.org/article/new-trump-apprenticeship-rules-are-like-the-fox-guarding-the-henhouse/