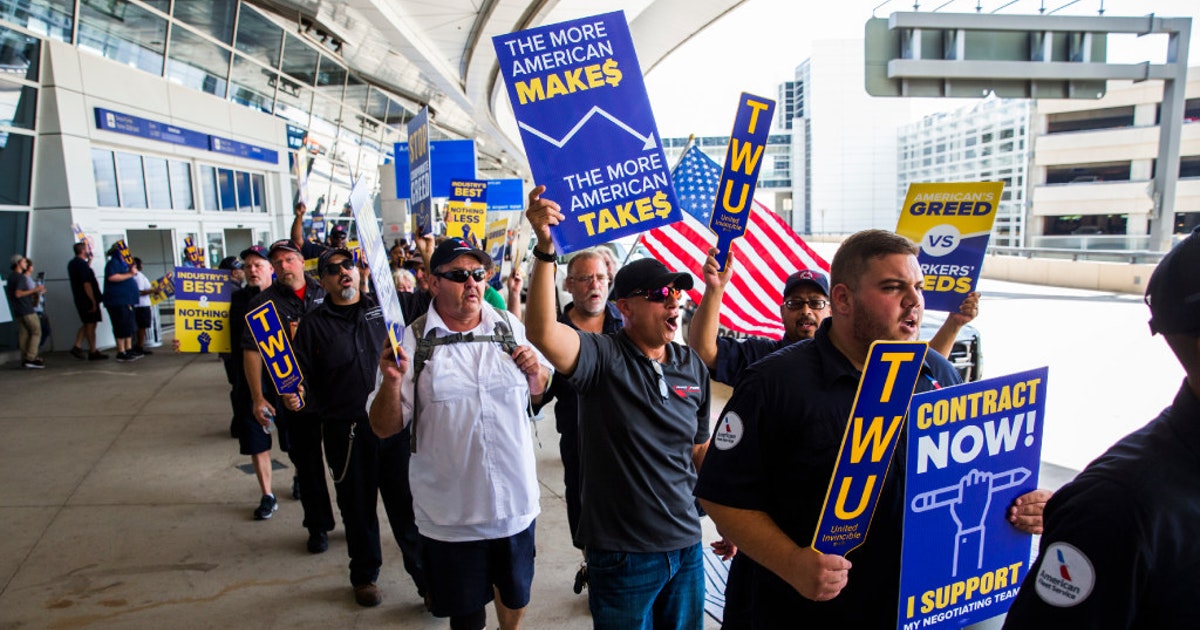 (FORT WORTH, TEXAS) - Fresh off a Federal Court victory, American Airlines is demanding the Mechanics' Unions pay for hundreds of flight delays and cancellations over the last two months.  In a new court filing earlier this week, the Fort Worth-based carrier said it wants sanctions "sufficient to compensate American for losses caused" from violations to a June 14th restraining order telling Mechanics to cease work slowdowns to punish the company.

It could result in millions of dollars in fines if a U.S. District Court judge decides to hold in contempt of court the Transport Workers Union (TWU) and International Association of Machinists (IAM), which combine to represent 30,000 Workers at American Airlines.

American Airlines is asking for unspecified damages to be determined at a future court hearing.

Judge John McBryde issued a ruling that sided with American Airlines in its on-going battle with its Mechanics.  He said Union Maintenance Workers conspired to slow down work by refusing overtime, taking more time on jobs and refusing off-site assignments.

The Unions have denied they slowed down work.

In less than two months since McBryde issued a Temporary Restraining Order, American Airlines said continuing work slowdowns caused 950 flight cancellations and 280 delays of two hours or longer.  That's disrupted the lives of about 170,000 "members of the public" during that period, the company's court filing said.

"(The Unions') illegal activity - now twice ordered stopped by this court - has caused (and continue to cause) enormous hardship to American's customers and team members, enormous financial losses to American, and untold harm in lost customer goodwill," the company said.

The move is the latest in a May lawsuit brought by American that accused the two Unions of a concerted effort to hurt the company over stalled contract negotiations.

The two sides have been working on a new joint contract since 2015 following the merger between American and U.S. Airways in 2013.

In June, the judge ordered the Unions to do everything possible to stop a statistical drop in work completed at maintenance bases.

The Unions have been adamant that they did, including face-to-face meetings with Members, video messages and signs on websites and in break rooms.

"The Union ‘has absolutely complied’ with Judge McBryde's orders," TWU President John Samuelson said. "It ‘would make no sense to not comply.’"

In a rally earlier this week near American Airlines Headquarters for Union Catering Workers, Samuelson told a crowd the Union plans to follow the judge's order, but will also continue to fight for Workers.

To Continue Reading This Labor News Story, Go To: www.dallasnews.com/business/airlines/2019/08/13/american-airlines-demands-mechanics-unions-pay-enormous-financial-losses-flight-delays-cancellations?fbclid=IwAR1XQAdBzdpQBInU1HLFy7yX2WMzQOF5phAT4Nzg7ByJU3WYfFriRVK3X_Y