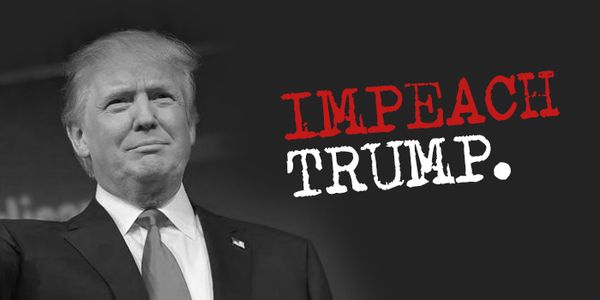 (WASHINGTON, D.C.) - The largest Federal Employee Union is suing the Federal Government over guidance issued to Federal Employees warning against the use of terms like "resistance" or "#resist" in statements regarding Republican President Donald Trump.

The lawsuit, brought this week by The American Federation of Government Employees (AFGE) and AFGE Local 2578, contends the guidance stifles the speech of Federal Employees and violates their First Amendment Rights.

In November, the Office of Special Counsel told Federal Employees that use of the "resistance" terms when discussing the President, as well as supporting or opposing impeachment of any candidate running for political office, which includes the President who is running for re-election, could be considered a violation of the Hatch Act.

Federal Employees were told that any statements relating to "resistance to Donald J. Trump, usage of the terms 'resistance,' '#resist' and derivatives thereof is political activity."

The guidance says that while those terms were initially used to oppose administration policies, they have now become "inextricably linked with the electoral success (or failure) of the President."

A few days after the initial guidance, the Office of Special Counsel, which is not related to the Robert Mueller investigation of President Trump, said that Federal Employees had repeatedly asked whether this kind of language is prohibited political activity.

The clarification also said that "while on duty or in a Federal workplace" Employees are "prohibited from wearing, displaying, or distributing" items from Trump's campaigns, like "Make America Great Again" or "#MAGA."

"There ‘has never been a time where it's more important for Federal Employees to speak up when they see wrongdoing, everyday across the administration we see conduct that's raising the attention of Congress and Inspectors General,’" said Austin Evers, who serves as the Executive Director at the Watchdog Group American Oversight, which is representing AFGE in the lawsuit. "And the American public ‘relies on’ Civil Servants ‘to blow the whistle when they see something wrong.’"

The lawsuit also contends that the Office of Special Counsel - an independent Federal Investigative Agency - doesn't have the authority to issue the guidance because it's outside the purview of the Hatch Act.

The Hatch Act limits certain political activities of Federal Employees in an attempt to prevent the Federal Government from affecting elections or operating in a partisan manner.

It applies to all Federal Employees, including those at the state and local level who work with Federally-funded programs.

Punishment, should any be given, can range from a simple reprimand to the loss of a job.

The groups suing the government argue that these terms, as well as impeachment discussion are outside of partisan political activity and should therefore not be restricted, pointing out that impeachment is a Constitutional process, not electoral.

To Continue Reading This Labor News Story, Go To: www.cnn.com/2019/08/13/politics/labor-union-resistance-impeachment-hatch-act/index.html?fbclid=IwAR2W49OKD0ofpfzOddJcxibdKtJZZ2WWgHy-pJIJnBRswg6X4SoHeg9_ucA