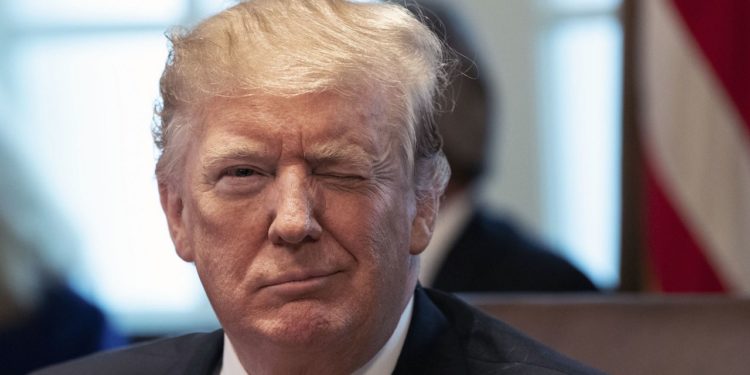 Trump continues to employ these Undocumented Workers despite his vowed crackdown on employing Workers who are not in the U.S. legally across the Nation.

According to The Post, Workers on a traveling construction unit named Mobile Payroll Construction were often undocumented and were told to buy fake Social Security numbers and Green Cards in New York City.

Two former Construction Workers with the crew stated that they were undocumented while working for Trump.

One added that he and other Workers were once told to go hide in the woods of a Trump golf course during a Labor Union visit.

Another Worker who is still employed by the construction company refused to share his Immigration Status, but stated that some members of the crew are undocumented,

Back in December, Trump’s housekeeper at his New Jersey golf club, Victorina Morales, told the media that she was undocumented and that Trump was aware of her status.

A second woman, Sandra Diaz, also came out to publicly share that she was undocumented during her employment with the New Jersey resort.

“I don’t know because I don’t run it,” Trump stated trying to blame the situation on others. “But I would say this: Probably every club in the United States has that because it seems to be, from what I understand, a way that people did business.”

The Trump Organization has stated that it’s instituting E-Verify, the Federal Immigration Status Verifying Program, on all of its properties.

A spokeswoman for the organization shared that Mobile Payroll Construction is enrolled in E-Verify, though The Post reports that it could not find the company on the database.

Trump has employed Undocumented Workers for years and reaped the financial benefits from it while at the same time speaking negatively with xenophobic and racist rhetoric about undocumented people and other Immigrants.

Just recently, Trump had Mississippi businesses raided by ICE in order to round up Undocumented Workers.

To Trump’s supporters, his capitalizing on the backs of Undocumented Workers while doing the most to ruin their lives doesn’t affect their view or support of him.

To Directly Access This Labor News Report, Go To: http://vozwire.com/despite-donald-trumps-stance-on-immigration-the-trump-organization-still-employs-undocumented-workers/?fbclid=IwAR01npMhmC0Q8hYjvxwxqBLE3Z86M4Qmn1vYNsUmp_nSjJ7pLmkQaTFRJHM