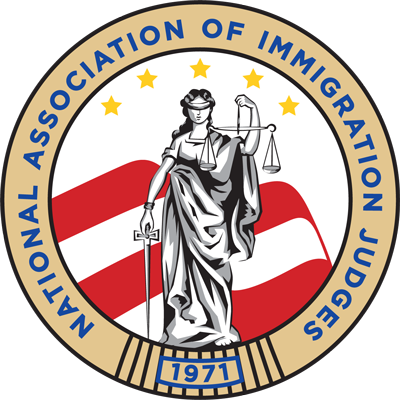 (WASHINGTON, D.C.) - The U.S., Justice Department has moved to decertify the Union of Immigration Judges, a maneuver that could muzzle an organization whose Members have sometimes been openly critical of the Trump Administration’s Immigration Enforcement Agenda, The New York Times reports.

The department filed a petition late last week asking the Federal Labor Relations Authority (FLRA) to determine whether the Union - the National Association of Immigration Judges, should have its certification revoked because its Members are considered “management officials” who are ineligible to collectively organize, according to a Justice Department spokesman.

The move suggested escalating tensions between overwhelmed Immigration Judges desperate for greater resources and a Justice Department pushing them to quickly address a backlog of immigration cases.

‘This is a misguided effort to minimize our impact,’ said Judge Amiena Khan, who serves as the Vice President of the Judges’ Union, which has publicly criticized the use of a quota system in immigration court and other attempts to speed up proceedings.

‘We ‘serve as a check and balance on management prerogatives and that’s why they are doing this to us,’” Judge Khan said.

Unlike other Federal Judges who are part of the Judicial Branch, Immigration Judges are appointed by the Attorney General and are Employees of the Justice Department.

Though Sitting Judges are prohibited from speaking publicly about issues that could be considered political, representatives of the Immigration Judges’ Union can speak publicly about Justice Department policies on behalf of its Members.

To Read This Labor News Story In Its Entirety, visit The New York Times here.