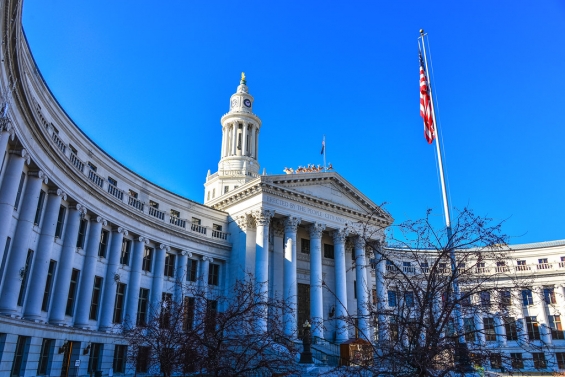 (DENVER, COLORADO) - The Office Staff of District Council 10 member Chris Hinds (Democrat), has officially joined Teamsters Local 17 – and they are the first Staff Members from an office at Denver City Hall to join the Union.

"We ‘want to have salary protections and an above-standard sexual harassment policy,’" said Galia Halpern of the District 10 Office. "I'm from the Northeastern U.S. ‘where there are more’ Unions.  When I started working here I reached out to the Teamsters because they are a ‘strong’ Union."

Teresa St. Peter, whose parents were both International Brotherhood of Electrical Workers (IBEW) Members, said she understands a Union's value in making the lives of Workers better.

"It's a ‘great foundation to lay,’" the 16-year City Council Staffer said, noting a Union's role in protecting paid time off, wages and benefits. "It is ‘important not to erode those foundations.’"

Councilman Hinds himself joined Local 17 ahead of his election to the Denver City Council this Spring and was one of four Teamsters sworn into office last month.

"The ‘ability to collectively bargain a workplace contract with a grievance procedure, wage and benefit protections will only work to strengthen the dedicated employees here at city hall,’" Local 17 President Ed Bagwell said. "We ‘support the right of all’ City, Country and State Employees of Colorado ‘to have collective bargaining rights and these newly-represented City Hall Workers are the first step towards that goal.’"

Founded in 1903, the Teamsters represents 1.4 million Members throughout the United States, Canada and Puerto Rico.

To Directly Access This Labor News Report, Go To: www.prnewswire.com/news-releases/denver-city-council-office-employees-join-teamsters-300897298.html