The President Of The AFGE Calls For Bold Action In The Wake Of The El Paso & Dayton Mass Shootings, Which Claimed The Lives Of 30 People & Left Scores Of Others Wounded In Two Separate Attacks Within 24 Hours 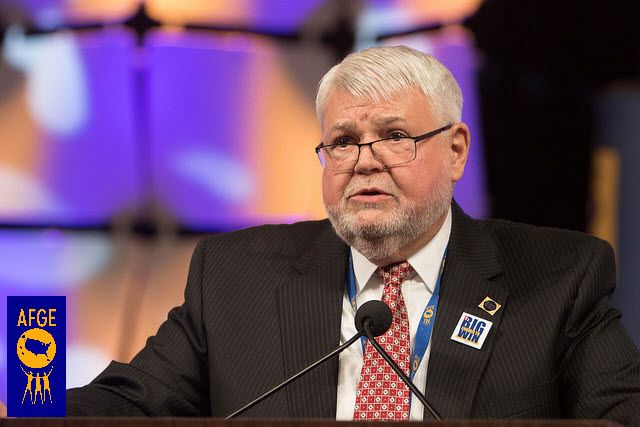 (WASHINGTON, D.C.) - The President of the American Federation of Government Employees (AFGE) is calling for “bold action” from Federal Lawmakers in the wake of the El Paso, Texas and Dayton, Ohio mass shootings, which claimed the lives of 30 people and left scores of others wounded in two separate attacks within 24 hours.

“My heart breaks for every family who is grieving today after two mass shootings in less than 24 hours left 30 dead in El Paso and Dayton.  We can no longer stand idly by as the price of our collective inaction is being paid in the blood of innocent Americans.  We must take bold action now to end mass shootings,” AFGE President David Cox said in a released statement.

The AFGE is the largest Federal Employee Union, representing 700,000 Workers in the Federal Government and the Government of the District of Columbia.

To Directly Access This Labor News Story, Go To: www.afge.org/publication/president-of-largest-federal-union-calls-for-bold-action-in-wake-of-el-paso-dayton-mass-shootings/?fbclid=IwAR24O80CnbUdF3W1CbeEK8Nf_9NYar18qlK-WqjjpMHfqNOb8uAbmvx1M84#.XUhtpK_95Ic.facebook