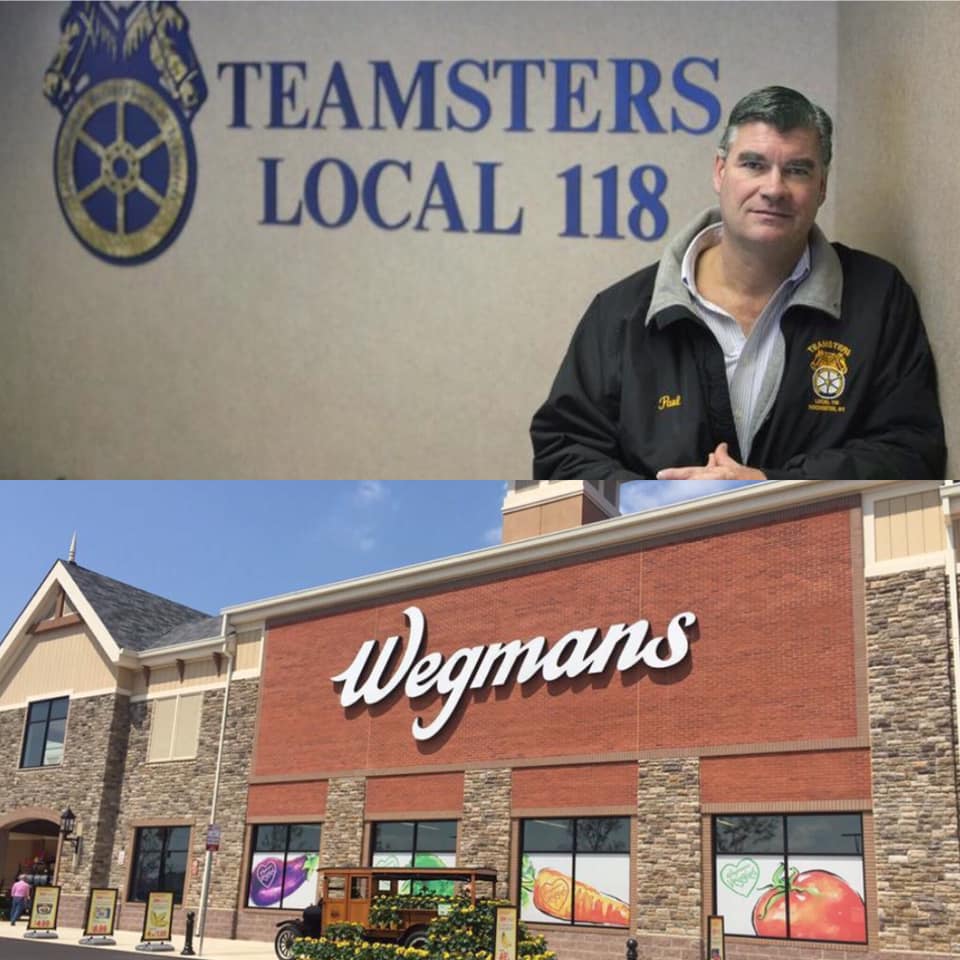 Last month, Wegmans and Local 118 came to a tentative agreement that covered nearly 1,000 Workers, which was subsequently voted on by Union Members.

The new agreement provides for a 15.08% wage increase over the life of the contract, including a first-year wage increase of 3.77%, Union Officials said.

In addition, improvements were made to Wage Progression Schedules, Differential Pay, stricter part-time language and other improvements that are mutually beneficial, they added.

The company is ranked Number 16 on Progressive Grocer’s 2019 Super 50 List of the top grocers in the United States.

In a released statement, Teamsters Local 118 President Paul Markwitz (pictured above) said: “While this new agreement sets a new standard with respect to wages and benefits within the grocery warehouse industry, it also addresses the quality of life issues our Members deserve.  It was imperative that our committee took the time and effort to communicate the many positive changes to this agreement.  The overwhelming approval of this agreement underscores the success of that effort.”

Local 118 represents about 4,300 Members throughout the greater Rochester area, while the Teamsters represent 1.4 million Members in the United States, Canada and Puerto Rico.