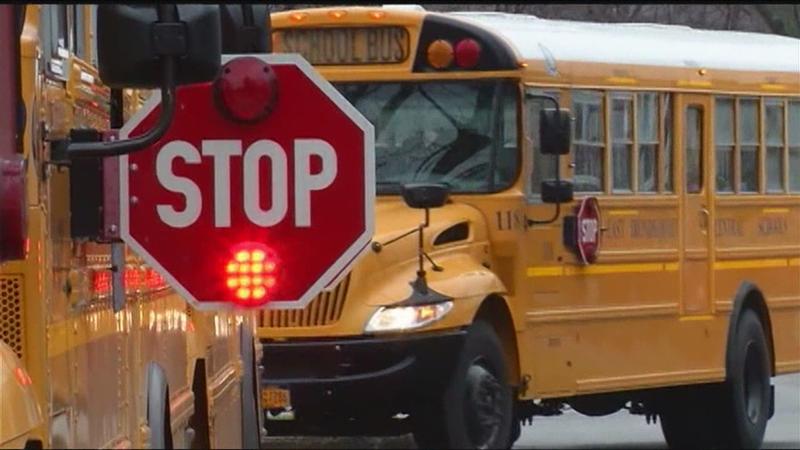 The Governor said the cameras will be used to catch drivers who illegally pass stopped school buses.  "No parent should ever have to worry that their child's bus ride to and from school is anything other than safe and easy," Cuomo said.

Lawmakers estimate about 50,000 drivers do this every day across New York.

NYSUT President Andy Pallotta released the following statement: This law marks a significant step forward for student safety.  With an estimated 50,000 motor vehicles illegally passing school buses every day across New York, Bus Drivers are constantly on the lookout for these reckless motorists while also keeping an eye on the children in their care.  It is our sincere hope that school districts will work quickly to begin installing stop arm cameras so we can better hold accountable those who show blatant disregard for our kids.  We thank the Governor and Legislature for putting our children first with this important legislation.”

NYSUT represents more than 600,000 Members in education, human services and health care and is affiliated with the American Federation of Teachers (AFT), the National Education Association (NEA) and the AFL-CIO.