Fed Up With The Mistreatment Theyre Experiencing On The Job, Angry JFK Airport Workers Look To Unionize With 32BJ SEIU 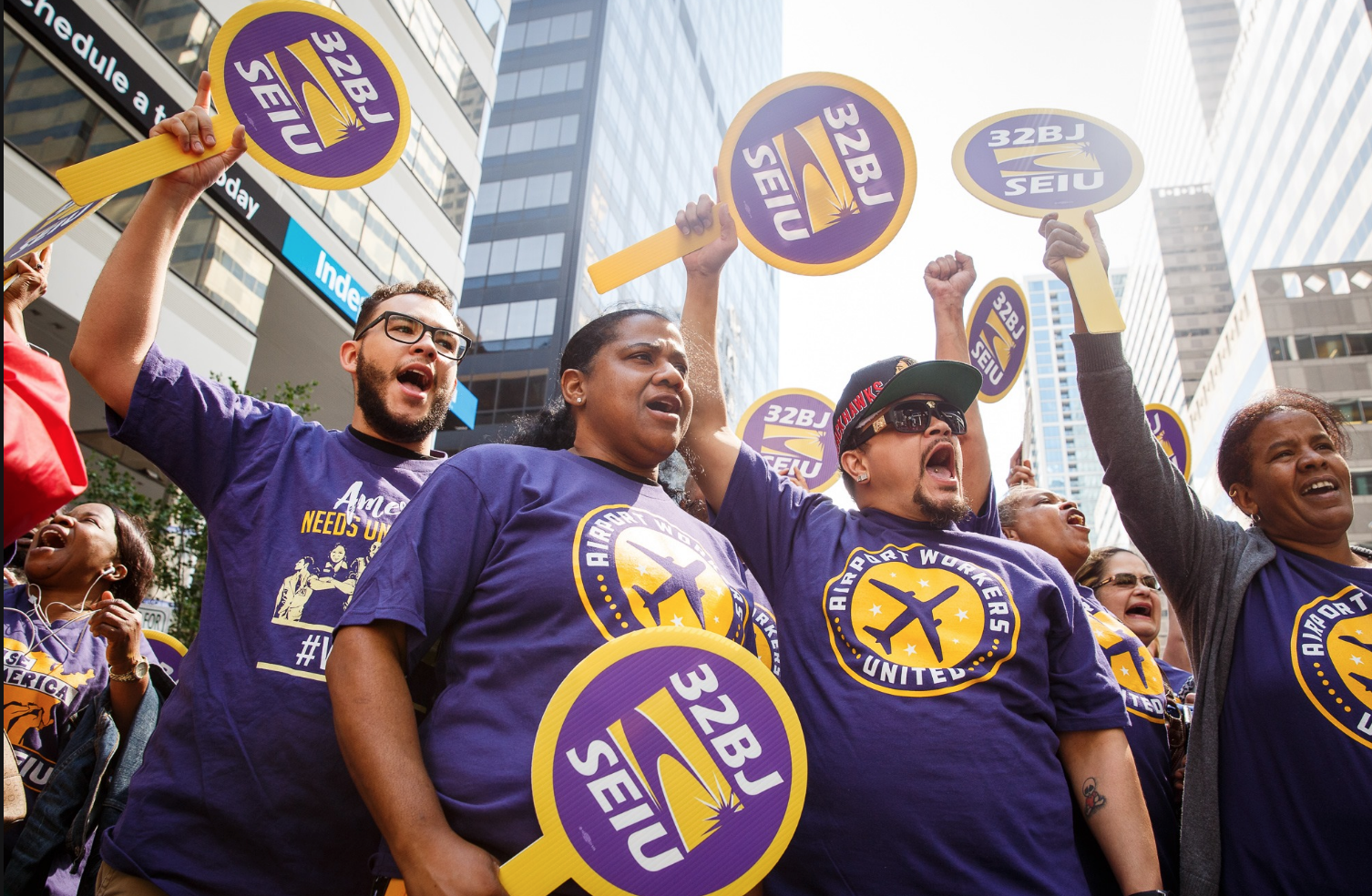 (QUEENS, NEW YORK) – Fed up with the mistreatment they’re experiencing on the job, Eulen America Employees at JFK Airport are moving closer to Unionizing with 32BJ Service Employees International Union (SEIU) - and they have the support of New York City Congress Members who want them to have better working conditions too.

“Over the last several weeks, we have heard troubling reports of Worker mistreatment at JFK Airport,” the Congressional Representatives wrote. “The allegations made by Eulen America Employees raise serious concerns.  Employees have accused Eulen of workplace violations such as forcing Employees to take their paid sick days when they weren’t sick, or lose them, and of not providing Employees allowances for uniform cleaning, forcing them to pay for often expensive cleaning out of pocket.  The allegations of unfair treatment and ignoring Workers’ rights are serious and we are deeply concerned.”

Eulen America, a Spanish-owned company, is accused of subjecting American Workers to “sweatshop-like conditions,” while Workers in the company’s home country enjoy a much different work environment and are 96% Union.

Lasonia Whervin, a mother of two from South Ozone Park who works as a Wheelchair Attendant for Eulen, is all too familiar with the job’s backbreaking work and shady practices.  The Queens mom was a year into her Eulen job before she learned that the more than $1,040 she had spent laundering her uniform was actually covered by an Employee allowance.  “I didn’t even know that we were supposed to get a uniform allowance,” Whervin said. “We don’t get paid for uniform allowance at all.”

Whervin was also expected to ferry two people at one time, along with their luggage.  “You have to put one arm on each wheelchair,” said Whervin, who sometimes pushes customers weighing as much as 600 pounds - in addition to luggage weighing in at another 50 pounds or more.

Whervin, who struggles within a limited 28-hour work week, says that even though she recently injured her foot and suffered back strain - she could not take any paid sick days in July because she was forced to “use them or lose them” in March.

To Directly Access This Labor News Story, Go To: http://laborpress.org/angry-jfk-workers-look-to-unionize-with-32bj-seiu/