I Think Trump Needs To Show His Face: Laid-Off Coal Miners Blocking Trains In Kentucky Are Losing Faith In the Presidents Coal Promises 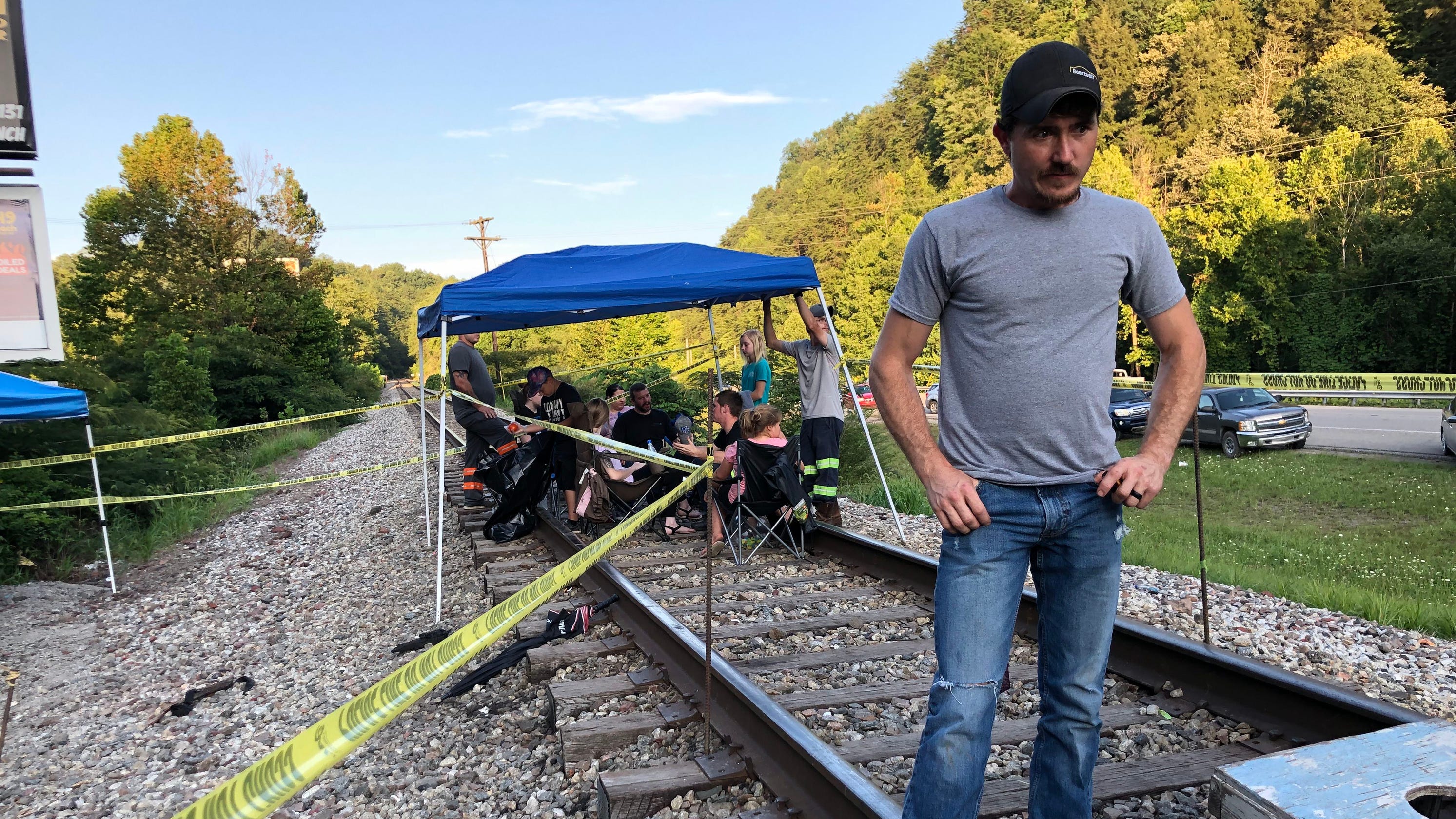 (CUMBERLAND, KENTUCKY) - Protesting Kentucky Coal Miners sweated through yet another day on top of a railroad track as they continued blocking a coal train from leaving a Harlan County mine.  Recently laid off, the Miners are demanding weeks of back pay from their bankrupt employer as the company assets have been put up for auction.

Images of frustrated Coal Miners on the railroad tracks helped draw national attention to the July 1st bankruptcy of mining company Blackjewel, which came without warning and sparked financial turmoil when paychecks bounced.

That led former Attorney General Greg Stumbo, who is running for the office again and who visited the site of the coal standoff, to declare State Labor Cabinet Officials should be fired for failing to realize Blackjewel had not posted a State-required payroll bond meant to protect Miners in such cases.

Blackjewel and its affiliates have coal operations in Kentucky, West Virginia, Virginia and Wyoming.  Its assets just went up for auction in Cincinnati.  Contura Energy has said it would offer $20.6 million for mines in Wyoming and West Virginia.

However, it isn’t yet known how many others were bidding and how the outcome would affect Blackjewel’s Kentucky mines, which are centered in Harlan County.

But Blackjewel’s collapse left more than a quarter of Harlan County’s Miners jobless.

Some say they have nearly given up on Republican President Donald Trump’s long-promised coal revival.

"I think Trump ‘needs to show his face’” in Harlan County, said Miner Scott Mefford, who was among the dozens of Miners on the train tracks near a sign that read: "No Pay, We Stay."  The sign included the hashtag #bloodyharlan, a reference to the area’s history of Union and coal company clashes in the 1930s and 1970s.

U.S. Sen. Bernie Sanders, a Democratic candidate for President, has tweeted that he stands "in solidarity" with the Miners: "I say to Blackjewel: Pay your workers now."

Since the bankruptcy, Harlan County’s Miners have struggled with overdrawn bank accounts, payments on houses and electric bills.

Some said 401(k) contributions hadn’t been properly credited to their accounts for months.

Many have been relying on charity, unemployment or are considering changing careers amid coal’s long decline here.

"Our husbands ‘worked’ for that money," said Sherrie Bowman, who said that her electric was temporarily disconnected and that she hasn't been able to get her son for critical medical treatment in Lexington.

The bankruptcy of the Nation's sixth-largest U.S. coal producer came after a string of other major coal company bankruptcies in recent years, including Blackhawk and Wyoming-based Cloud Peak Energy in May.

To Directly Access This Labor News Story, Go To: www.courier-journal.com/story/news/2019/07/31/laid-off-eastern-kentucky-coal-miners-continue-block-train/1879761001/