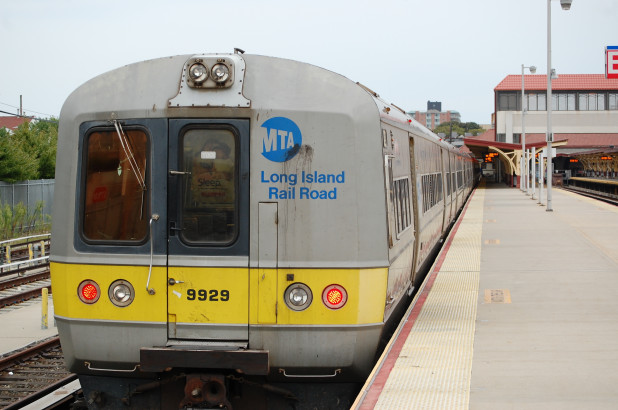 (LONG ISLAND, NEW YORK) - The Metropolitan Transportation Authority (MTA) is looking to make big changes to its contracts with the 10 Unions representing Long Island Rail Road (LIRR) Workers, including doing away with double-time pay for certain overtime assignments, scrutinizing workers who call out sick, and being able to contract out work whenever it wants, according to documents obtained by Newsday.

The MTA's demands come amid a deep and growing rift with LIRR Union Leaders that could have major consequences for Long Island commuters, including a potential shutdown of the Nation's largest commuter railroad.

The Unions’ most recent contract has been up for renewal since April, and they are seeking 5% annual raises for the next three years.

Both sides declined to discuss their demands, which are seen as a starting point in a negotiating process that could take up to four years.

The 42-page "Section 6 Notice" filed by the MTA as part of the formal commencement of collective bargaining with its 10 LIRR Unions proposes numerous changes to Employee wage structures, benefits and work rules.

They include: The elimination of double-time pay, which some Employees accrue after working a certain number of consecutive overtime hours; A restriction against working more than 16 hours in a row; and a Provision allowing the railroad "the ability to contract out any work at its sole and exclusive discretion."

The proposal also calls for doubling - from five years to 10 - how long new Employees must work before being eligible for Pension Benefits, and placing new restrictions on sick leave, including designating as "AWOL" any Employee who calls out sick - but is unavailable when called or visited.

Although both sides have filed their demands, it’s unlikely talks between LIRR unions and MTA management will start anytime soon, as tensions between the sides remain as high as they have been in years.

That's in part because of allegations of overtime fraud among Workers and a planned consolidation of the authority that could result in up to 2,700 job losses.

Looming in the distance - if a truce can't be reached, is the possibility of a walkout by LIRR Workers, who, unlike other MTA Union Employees, are not covered under New York State's Taylor Law that prohibits Public Employees from striking.

“I don’t think we even have that on our mind,” said Anthony Simon, who serves as the General Chairman of the International Association of Sheet Metal, Air, Rail and Transportation Workers (SMART) - the LIRR’s largest Union.

“What we have on our mind is a safe operation, getting these projects completed safely and our Members being treated with respect," Simon said. "You cannot deny the fact that this Membership has been vilified and attacked every single way and they’re still out there working.”

To Continue Reading This Labor News Story, Go To: www.newsday.com/long-island/transportation/lirr-union-mta-relationship-1.34564095