Union Blasts Trump-Republican Tax Cut As Corporate Giveaway, Calls For Firms & The Rich To Pay Their Fair Share Through Taxes On Speculation 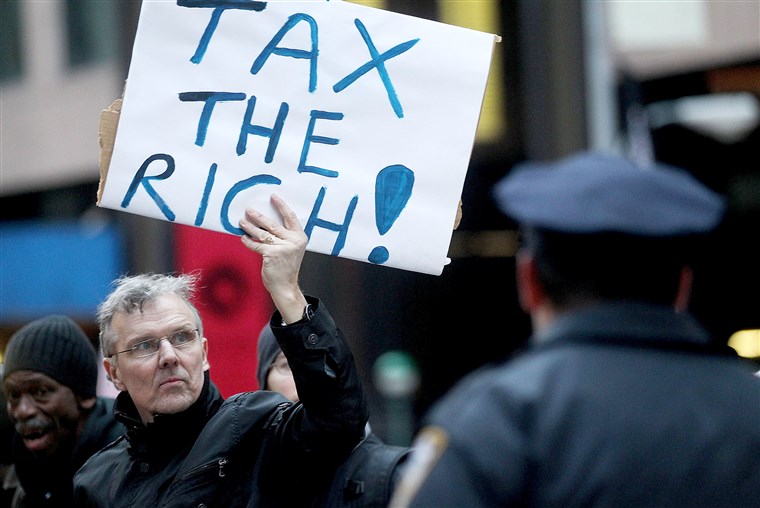 (LAS VEGAS, NEVADA) - Blasting the 2017 Trump-Republican Tax Cut as “the largest single giveaway to the wealthy and corporations in U.S. History,” the Communications Workers of America (CWA) is demanding Federal Lawmakers to force the rich to “pay their fair share” through its repeal, plus taxes to stop Wall Street speculation.

The Anti-Tax Cut Resolution was one of several policy declarations the Union convention’s 2,000 Delegates, meeting July 29th through the 31st in Las Vegas, adopted.

The blast against the corporate giveaway noted Trump and the GOP, and their big business backers, claimed firms would use the windfall to create or repatriate U.S. jobs, but that hasn’t happened, the measure noted.

The resolution singled out Alden Global Capital, “which is responsible for decimating local newsrooms and stripping assets from The News Guild-CWA-represented papers.”  Such practices “hollow out journalism on which our communities and democracy depend,” the resolution said.

However, left unsaid: Workers at the threatened papers have flocked to The News Guild in droves.  It added more new Members than most other CWA Sectors since the last convention, and of the Union’s overall net gain of almost 5,000 Members - losses in telecoms were overcome by gains elsewhere - 525 came at just one TNG Local in Washington-Baltimore.

In addition, and speakers mentioned it, two historically notoriously and violently Anti-Union papers, The Chicago Tribune and The Los Angeles Times, also Unionized, though first contracts at either have yet to be signed with The News Guild.

All that came in the face of the Trump-GOP Tax Policies that CWA demand Lawmakers change.

Congress must also “stop rewarding companies that ship jobs overseas” by killing tax incentives for that behavior, it said.

“CWA supports a Wall Street sales tax on transactions of stocks, bonds, and derivatives to discourage speculative financial trading that can harm the economy, and legislation to ban corporate stock buybacks.  This would make our tax system more fair and put the brakes on corporate greed,” the resolution further read.

The resolution also called for reform and regulation of the private equity industry, including a higher tax rate on corporate hedge fund fees and interest, full ownership transparency, and a mandate that private equity firms be responsible for the debt they typically load on firms they grab.

It also calls for “prioritizing Worker pay in the bankruptcy process.”