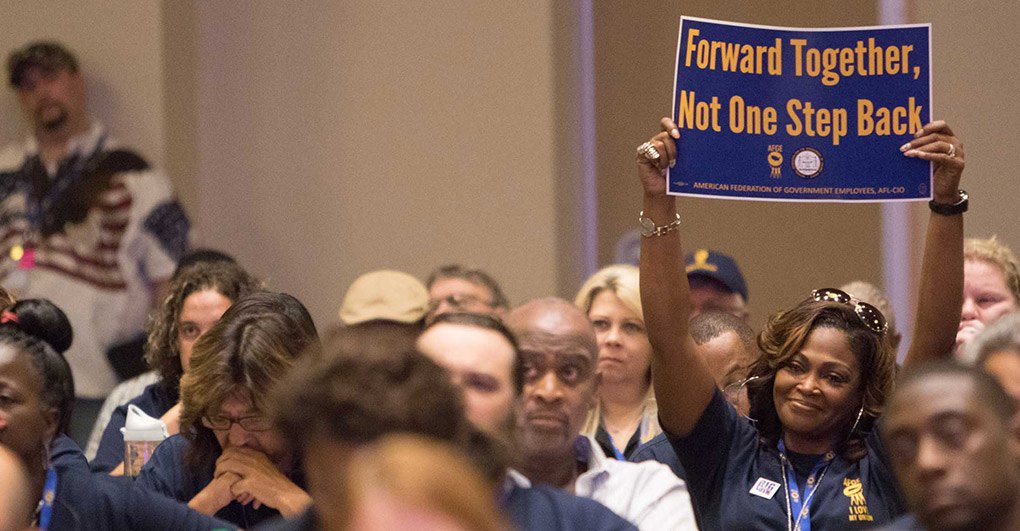 The unanimous vote by the 15-Member Board follows a series of messages President Trump tweeted on in mid-July that called on the four Congressional Representatives, all Women of Color, to leave the United States and “go back and help fix the totally broken and crime infested places from which they came.”

Three of the four representatives - Alexandria Ocasio-Cortez of New York, Rashida Tlaib of Michigan, and Ayanna Pressley of Massachusetts - were born in the United States, while Ilhan Omar of Minnesota is a refugee from Somalia who became a U.S. Citizen in 2000.

The tweets prompted Trump’s supporters to chant “send her back,” referencing Congresswoman Omar, at a July 17th rally held by the President - chants that Trump briefly disavowed before reversing course and claiming that those chanting were “incredible patriots.”

“The AFGE National Executive Council condemns in the harshest terms these racist attacks by President Trump and reaffirms AFGE’s commitment to a workplace and Nation free from racial discrimination, where every individual’s Civil Rights are protected equally under the law and no one - whether that person be an Hourly Worker or a Member of Congress - is subjected to harassment because of their race or nation of origin,” the resolution reads in part .

“The AFGE National Executive Council calls on President Trump to disavow these racist attacks, to cease defending them personally and through surrogates, to end the racist chants of ‘send her back’ at his political rallies, and to embrace and promote a vision of America compatible with American values of diversity and inclusion,” the resolution concludes.

The Equal Employment Opportunity Commission (EEOC) cites the phrase “go back to where you came from” and other similar remarks, whether uttered by Co-Workers or supervisors, as a classic form of workplace discrimination and harassment that violates Title VII of the Civil Rights Act.

To Directly Access This Labor News Story, Go To: www.afge.org/article/afge-executive-board-condemns-presidents-racist-tweets/?fbclid=IwAR3O6smc8rkVrORby2hZA6fQUFXT1I1MNF2q8m6kJcwJ8HFEhUXAA9xaxy8