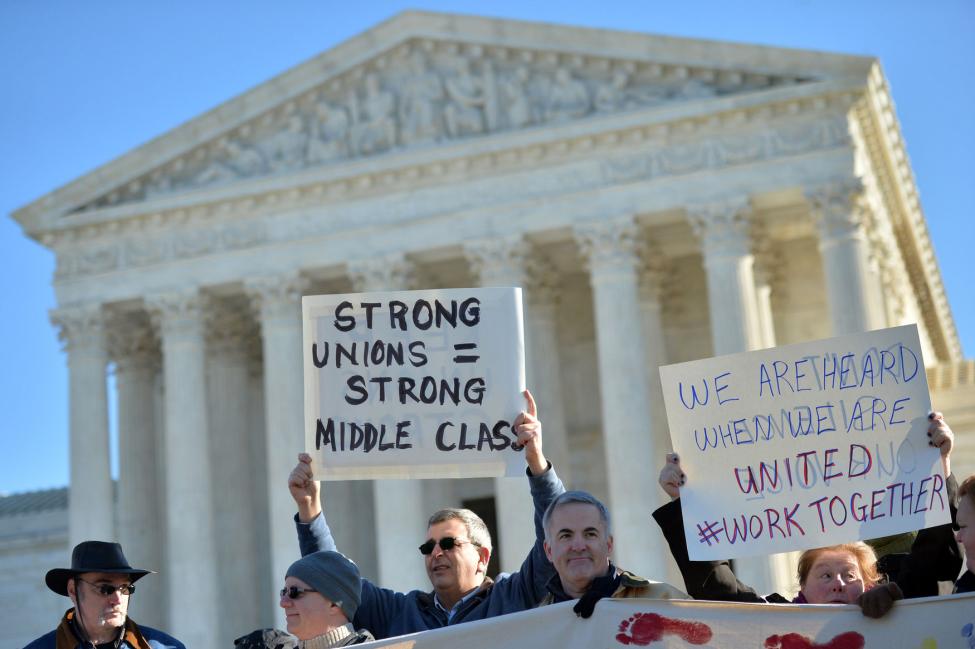 (WASHINGTON, D.C.) - One year after the U.S. Supreme Court’s Anti-Union Janus decision and with Opt-Outs lower than expected, Anti-Union politicians are working to make it easier for people to opt-out of their Union.  And while there has been a lot of action at the state level, there is now a new push at the Federal level to convince Public Employees to give up their voice in their workplace.

To do this, the Office of Personnel Management (OPM) has asked the Federal Labor Relation Authority (FLRA) to take comments on a new Federal Rule that would allow Federal Workers to opt-out of their Union at any point during the year.

Currently, a Federal Worker must opt-in to join the Union, but is only able to opt-out during a specific period of time, much like enrolling for health care through the health exchange.

Having a limited Opt-Out Period is imperative for Unions as it allows them to plan their yearly budgets based on the dues money that is coming in.

Union Leaders also say that a change would violate their Collective Bargaining Agreements.

“The Trump Administration’s request for the Federal Labor Relations Authority to overturn decades of precedent ‘is part of an all-out assault’ on Federal Employees’ Collective Bargaining Rights,” American Federation of Government Employees (AFGE) National President J. David Cox said. “They’re ‘throwing out’ our contracts, ‘enforcing illegal’ Executive Orders ‘and now are trying to make it harder’ for Workers ‘to join and stay’ in the Union.  ‘Their ultimate goal is to destroy’ Federal Sector Unions ‘and we will do everything in our ability to prevent that from happening.’”

Currently, about 27% of Federal Workers are Members of a Union.

The Federal Government functions under Right-To-Work (for less) Laws and no Agency Fees are collected by Federal Unions.

“The Office of Personnel Management’s ‘reliance on a recent Supreme Court decision to pursue this change is unfounded,’” National Treasury Employees Union (NTEU) National President Tony Reardon said. “At the Federal Level, Unions ‘represent all Employees in the Bargaining Unit, but only those who choose to join the Union pay dues.’  ‘We do not collect dues from anyone other than the Members and the time-frame for leaving the Union is clear when a federal employee signs up.’”

To Directly Access This Labor News Story, Go To: https://ucommblog.com/section/national-politics/trumps-opm-opt-out-your-union?fbclid=IwAR3m9UFzHISgxg5Km65iFp38bkl3AxnYQ-mH1VxXBMqRraOIOUGZ0hCaRes