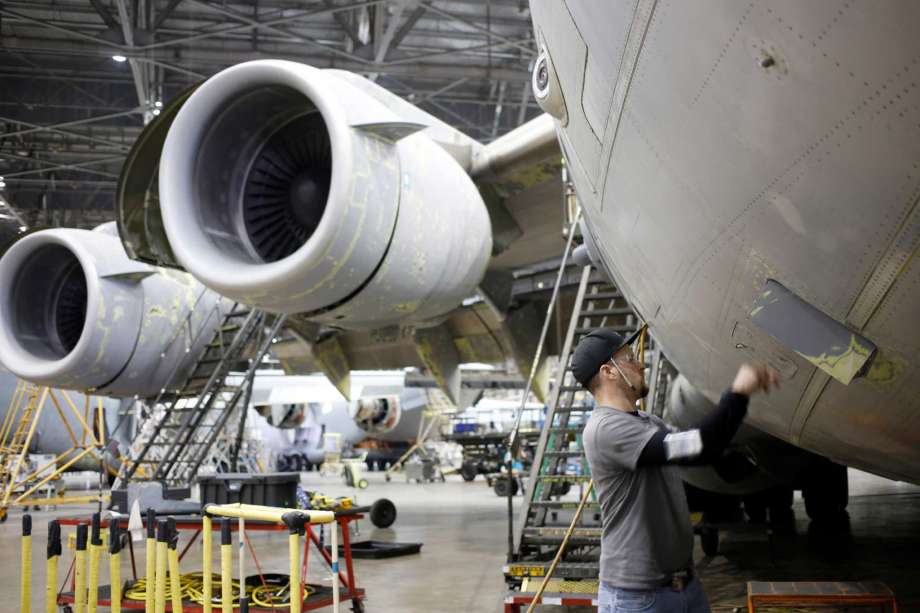 (MELBOURNE, FLORIDA) - Brevard County's Space Boom continues to take off with factory openings, corporate relocations and monthly launches and as aerospace jobs increase, the challenge for business owners is finding qualified candidates to fill them.

Ronald Jones, THE Managing Director of Firehawk Aerospace in Melbourne, knows how difficult it is to grow a business here without an experienced workforce: "If I want to hire a Rocket Propulsion Engineer with three-to-five years of experience, I have to go to California and ‘then have to convince them to come from there to move here.’  ‘It's a challenge.’”

To solve this issue, several aerospace firms have partnered with Eastern Florida State College to create The Space Coast Consortium Apprenticeship Program, which will give local students on-the-job training and put them on the fast track to landing a job in high-tech and advanced manufacturing here in Brevard.

The first nine Apprenticeship Students selected for the program were honored at a contract signing ceremony earlier this week, attended by Florida Governor Ron DeSantis, who believes this program will help Florida achieve his goal of being No. 1 in aerospace by 2030.

"I think that when businesses see that Florida ‘is taking serious the need for a skilled’ workforce, ‘that is really the key ingredient,’" DeSantis said. "My ‘insight has always been that you do need to get additional knowledge and skills beyond high school, but simply sending everyone to a four-year brick and ivy university is not the only way to do that.’"

The father of one of the Apprentices, Jeff Ramey, beamed with pride as he watched his son, Justin, sign his Apprenticeship Contract.

"I ‘wasn't expecting anything this big, it's like an athlete signing in sports!,’" he said.

Justin Ramey, a self-described "Space Nerd," was a student at Valencia College and working in the automotive industry - but had his sights set on aerospace.  He chose to be an Apprentice at OneWeb Satellites because "you are able to build on satellites, something that's going to go into space.”  “I ‘thought that was really cool," he said.

There is one more benefit that also makes his Dad pretty happy.

"The ‘greatest thing about this is I won't have any student loans,’" Justin said.

The companies cover the $22,000 in tuition for the two-year program and also pay the students an hourly wage during the Apprenticeship.

Once completed, they will graduate with a Manufacturing Associates Degree and are then committed to an additional two-year work term.

The program is the brainchild of Kai Schmidt, Human Resources Director at OneWeb Satellites, who thinks the investment is worth it: "Twenty-two thousand dollars ‘is a lot but you get talent you might not have gotten.’  ‘Also, they are really loyal to us, too.’"

Frank Dibello, CEO of Space Florida, points out that retaining the talent is just as important as training them.

Ultimately, he says, it's a win-win for everyone.

To Directly Access This Labor News Story, Go To: www.floridatoday.com/story/tech/science/space/2019/07/29/apprenticeship-program-trains-students-advanced-manufacturing-jobs/1837916001/