Time Magazine Reporter Who Went Undercover To Work At An Amazon Fulfillment Center Says They Treat Workers Like Robots, Adding: Those Workers Want To Be Treated Like Human Beings. Sounds Reasonable To Me. 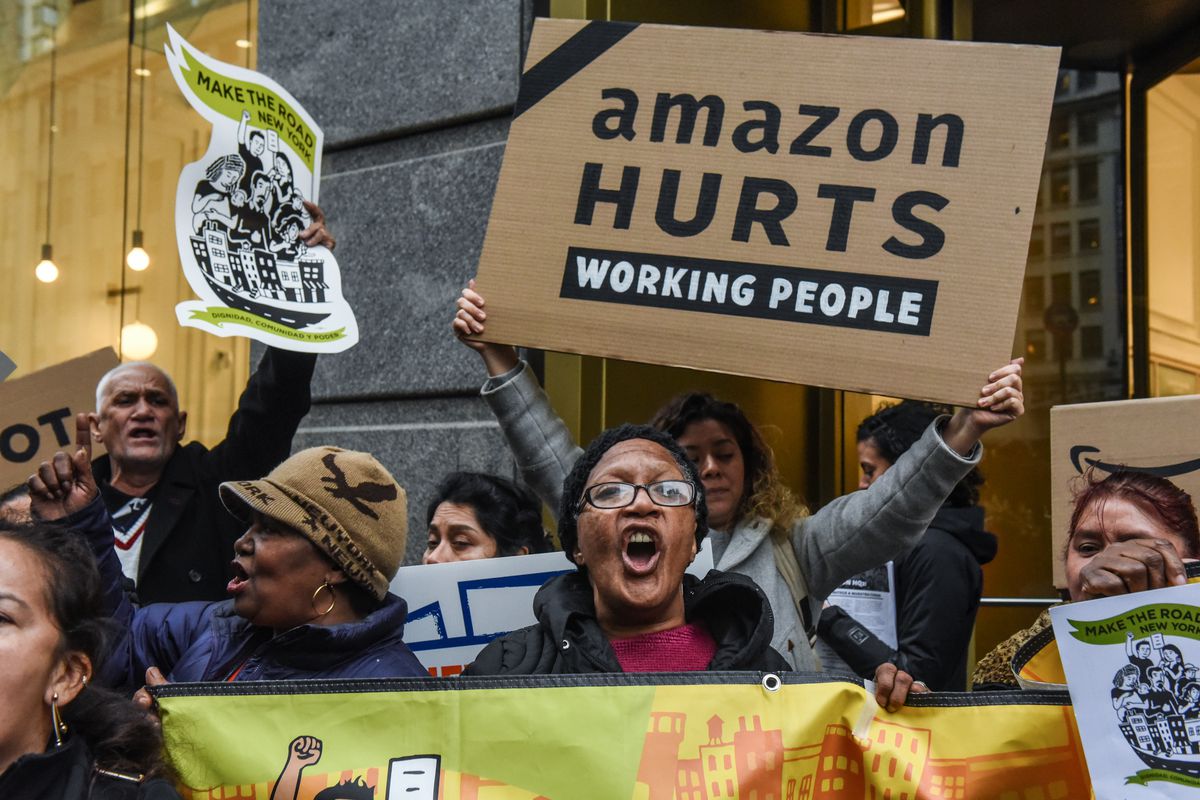 A group of Workers with their fists raised in solidarity hold a scrawled sign: “We are humans not robots!”

They and others at an Amazon Warehouse in Minnesota protested in March and on July’s Amazon Prime Days.

They were speaking against the day-to-day dehumanizing reality of their workplace.

If your only interaction with Amazon is packages arriving on your doorstep, it can be hard to understand what Workers are unhappy about, or why one described his fulfillment center as an “existential sh*thole,” or why so many others shared stories about crying at work.

I took a job in an Amazon Fulfillment Center in Indiana over a few weeks - along with a call center in North Carolina and a McDonald’s in San Francisco to investigate the experience of low-wage work.

I wasn’t prepared for how exhausting working at Amazon would be.

It took my body two weeks to adjust to the agony of walking 15 miles a day and doing hundreds of squats.

But as the physical stress got more manageable, the mental stress of being held to the productivity standards of a robot became an even bigger problem.

Technology has enabled employers to enforce a work pace with no room for inefficiency, squeezing every ounce of downtime out of Workers’ days.

The scan gun I used to do my job was also my own personal digital manager.

Every single thing I did was monitored and timed.

After I completed a task, the scan gun not only immediately gave me a new one - but also started counting down the seconds I had left to do it.

It also alerted a manager if I had too many minutes of “Time Off Task.”

At my warehouse, you were expected to be off task for only 18 minutes per shift - mine was 6:30 a.m. to 6 p.m. - which included using the bathroom, getting a drink of water or just walking slower than the algorithm dictated, though we did have a 30-minute unpaid lunch.

It created a constant buzz of low-grade panic and the isolation and monotony of the work left me feeling as if I were losing my mind.

Imagine experiencing that month after month.

I felt as if the company wanted us to be robots - never stopping, never letting our minds wander off task.

I felt an incredible amount of pressure to repress the human “failings” that made me less efficient than a machine.

Amazon, in response, said that this is not an “accurate portrayal of working in our buildings” and that it is “proud of our safe workplaces.”

Unless you’ve worked a low-wage service job over the past decade or so, it’s hard to understand how stressful widespread monitoring technology in the workplace has made life for the bottom half of the Labor Market.

The media have tended to focus on unsafe work conditions and low wages at fulfillment centers.

Compared with companies offering other warehousing and unskilled jobs, dozens of current and former Workers I spoke to agreed, Amazon was obsessed with safety and generally did have better wages and benefits, even before it raised its Minimum Wage to $15 an hour.

To Continue Reading This Labor News Report, Go To: https://time.com/5629233/amazon-warehouse-employee-treatment-robots/