If You Voted For Him, You Need To Know What He Is âTruly Doingâ To Working People - Part 2: President Trump Asks Court To âQuickly Reinstate Anti-Union Ordersâ 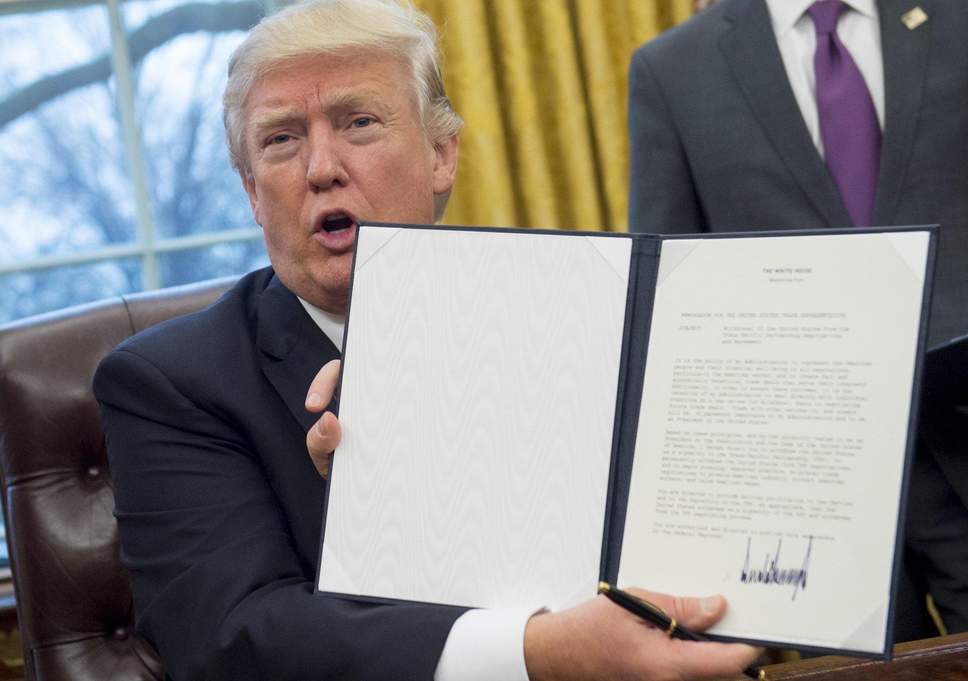 Trump’s motion comes one week after the Federal Appeals Court overturned the Lower Court ruling striking down provisions in the orders that tighten regulations on Labor Negotiations in Government Workplaces.

Trump is now asking the D.C. Circuit to expedite its ruling on the “erroneous injunction” put in place last year by U.S. District Judge Ketanji Brown Jackson, who sided with the American Federation of Government Employees (AFSCME), or the National AFL-CIO, collectively representing the Unions.

The three-judge panel chose not to immediately lift the ban, allowing Unions 45 days to request a reconsideration of their claims - but Trump’s filing contends the block continues to handicap Government Officials across agencies who are in ongoing collective bargaining with Unions.

“The government respectfully requests that the court immediately issue the mandate, so that the President’s subordinates may implement the Executive Orders’ lawful goals and directives,” the motion states.

The National AFL-CIO filed the lawsuit less than a week after Trump issued the Executive Orders in May 2018, claiming they violated Labor Union Members’ ability to negotiate grievances on behalf of individual Employees or a group of Employees.

The orders limit the topics to be taken up and set time restrictions on negotiations, curbing the “Official Time” during which Employees are supposed to be paid for carrying out Union-related duties.

“Without any valid justification, it singles out Labor Organizations and their representatives for disparate, negative treatment as compared to individuals,” the National AFL-CIO lawsuit states.

But the D.C. Circuit just ruled that Judge Brown Jackson lacked jurisdiction on the matter and sent the case to the Federal Labor Relations Authority (FLRA) for review.

Justice Department attorneys argued in motions that the FLRA Board - made up of three Trump appointees tasked with adjudicating Federal Labor Disputes - is the only appropriate forum for Unions to present grievances.

A D.C. Circuit order mandating the removal of the injunction will free government negotiators to implement Trump’s Executive Orders, “which may generate the kind of ‘concrete bargaining disputes’ with Union Negotiators that will enable plaintiffs to present their claims to the Federal Labor Relations Authority,” according to the motion.

To Directly Access This Labor News Report, Go To: www.courthousenews.com/trump-asks-court-to-quickly-reinstate-anti-union-orders/?fbclid=IwAR36YiHCvwHhnmQa5QOQDGvT5YfOv0K8Q6AIHMrOd_swwqiVh4L99Ej1d24