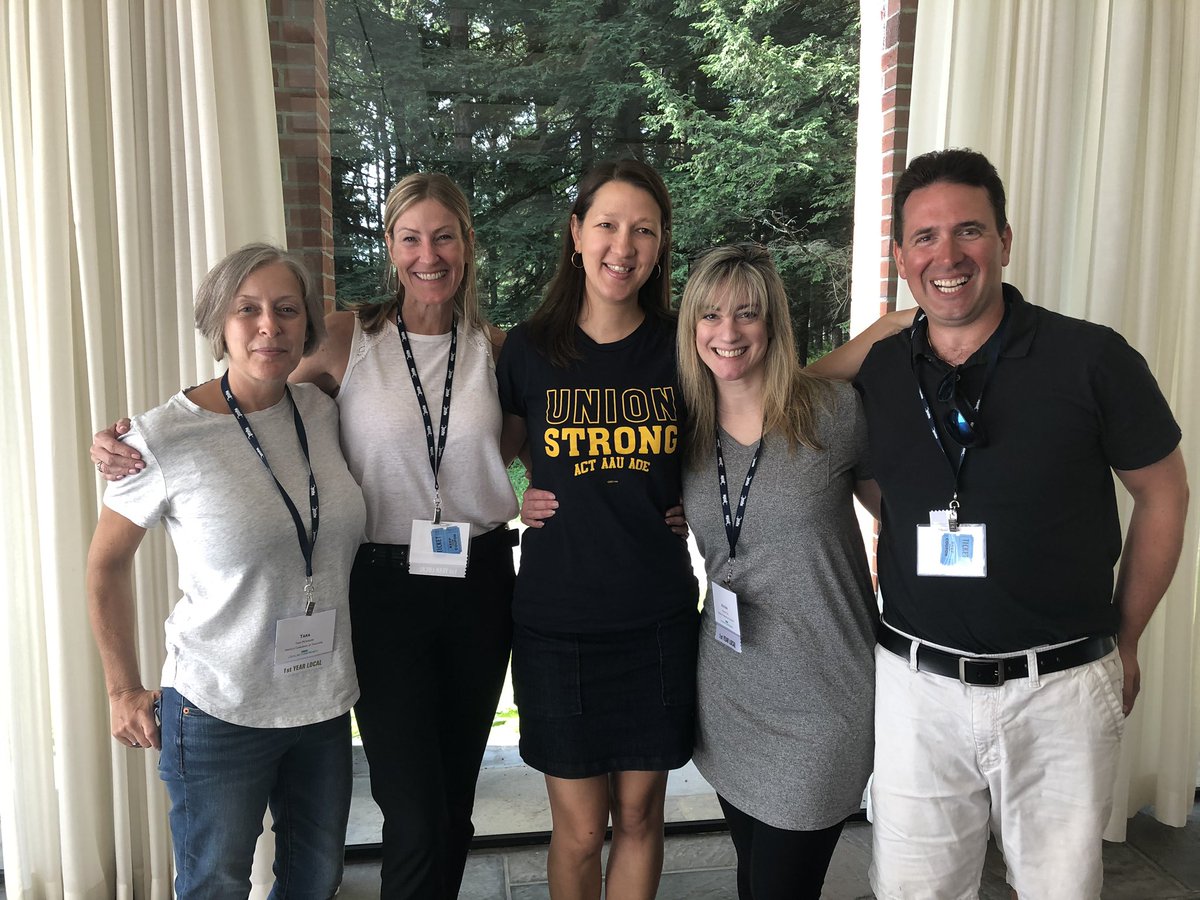 (ALBANY, NEW YORK) - Eight-thirty in the morning, in the middle of July, and there they were - more than 100 Teachers and Education Professionals representing almost 20 Local Unions - packed inside a large conference room, hard at work.

They came from all over - Long Island, Buffalo, Northern New York and the Southern Tier - using their summertime not to lounge in the sun and do nothing, but to hone their leadership and communication skills as part of the New York State United Teachers’ (NYSUT’) week-long Local Action Project.

With assistance from NYSUT Staff, they spent the week discussing ways to build meaningful partnerships within their communities and improve communications and outreach.

They strategized on how to boost Member participation within their Locals.

And they examined how to establish effective structures within their Unions that would help enhance their workplaces and districts.

“This is a ‘big commitment, but it’s also a great opportunity,’” said Elisabeth Lorentzsen, LAP Coordinator for the Lowville Teachers Association in Northern New York. “Just to be ‘able to network is huge.’  ‘There’s so much value in being able to talk to your colleagues and learn about what worked in their Locals, what didn’t, and what they consider to be successful.’”

The annual program - full of workshops and networking - requires a three-year commitment from Locals and mixes newcomers with those finishing their final year.

“We ‘really want to make sure this a community for learning,’” said Patrick Lyons, NYSUT’s Director of Constituency Programs and Services. “We want first-year Locals ‘to learn from those in their second and third year about what has worked for them, and we want those second- and third-year locals to share their wisdom.’”

This Summer marked the Lowville TA’s first year at LAP.

Lorentzsen, a High School Spanish teacher who also serves as her Union’s Vice President, said increasing Member involvement is what drew her Local to the NYSUT Program.

“We ‘needed help in learning how to increase participation in our Union,’” Lorentzsen said.

The Local recently negotiated a contract and held an information session to discuss the deal.

Of 128 Members “just a handful of people showed up,” she said. “We’re ‘looking for resources to educate people to be more community minded and be more active.’”

“We’re ‘pretty strong,’ but having (250) Members ‘across two different campuses gets really tricky in terms of making sure everyone is clued in,’” said Patti Antanavige, MVCC’s LAP Coordinator and the Local’s Grievance Chair. “We ‘wanted to make sure we improved our communications with our Members and had a good one-on-one approach.’  I’m ‘happy to say’ that three years in, ‘we have mostly achieved that.’  We took the lesson we learned in year-one regarding one-on-one communication ‘and reorganized our entire representative structure to ensure people were talking with others they were comfortable with, instead of just people in close proximity to their buildings.’  ‘It was a very big change, but it was an important one.’”

To Directly Access This Labor News Story In Its Entirety, Go To: www.nysut.org/news/2019/july/local-action-project-union-outreach-program-building-stronger-locals-engaging-members