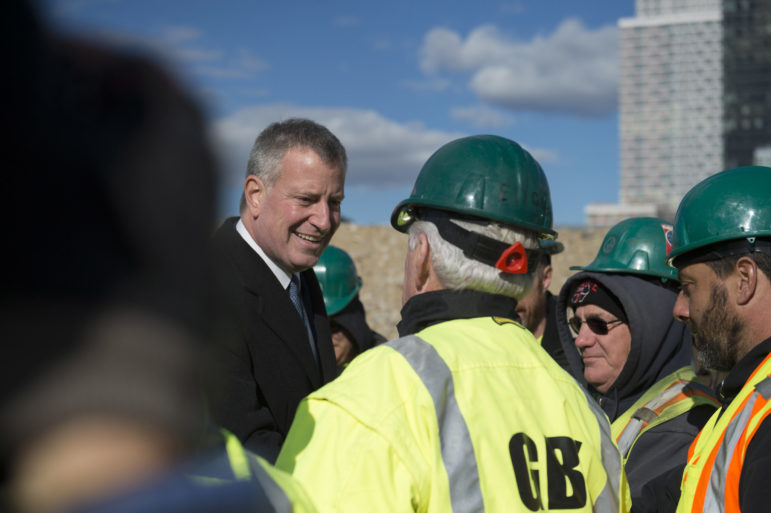 Recently, City Limits reported some alarming facts about HireNYC - a New York City Jobs Program that has been falsely promoted as the “largest and most impactful targeted hiring program in the Nation.”

The truth about HireNYC does not live up to the hype.

Only 767 individuals were hired through HireNYC since its launch in 2010, as City Limits revealed, but even that low number doesn’t reflect how few hires were actually made in construction and development.

HireNYC covers multiple sectors, but when we isolate the construction and development arm, the results are truly appalling.

When we look at just construction jobs in the Bronx, the results are even worse.

Last year, during a City Council Subcommittee hearing concerning the rezoning of the Jerome Avenue Corridor, the Deputy Commissioner of Small Business Services Michael Blaise Backer testified that only 19 Bronx resident hires were made on city-funded construction projects citywide in 2017.

With millions of city tax dollars going toward major new developments, it is fundamentally unjust and unacceptable that only 19 Bronx residents were hired for jobs to help build the future of our city’s neighborhoods.

Construction is booming, yet HireNYC is doing nothing to ensure that major development projects create good jobs and careers for underemployed and unemployed New Yorkers in places like the Bronx.

With no real pathway from job training to work, it’s no surprise that so few new construction and development hires were made through HireNYC.

If the city wants to see Local Workers gain access to good jobs with real training, they should invest in Pre-Apprenticeship Programs that have direct entry to Union Apprenticeships.

Indeed, my Union, Laborers’ Local 79, has been working with several successful Pre-Apprenticeship Programs - such as, Pathways to Apprenticeship (P2A), The Edward J. Malloy Initiative for Construction Skills (CSkills), Helmets to Hard Hats (H2H), and Nontraditional Employment for Women (NEW) for many years.

Such programs have helped New Yorkers, including many who are People of color, Immigrants, Women, and formerly incarcerated, enter the construction field as highly skilled and effective Laborers who know how to build well.

Responsible contractors and developers in the real estate industry have seen these programs consistently provide well-trained Workers and help ensure major projects are built to the highest quality.

Our Apprentices gain valuable experience in the field while earning good wages and access to real career paths.

To Continue Reading This Labor Perspective, Go To: https://citylimits.org/2019/07/24/opinion-hirenyc-fails-to-create-careers-for-construction-workers/