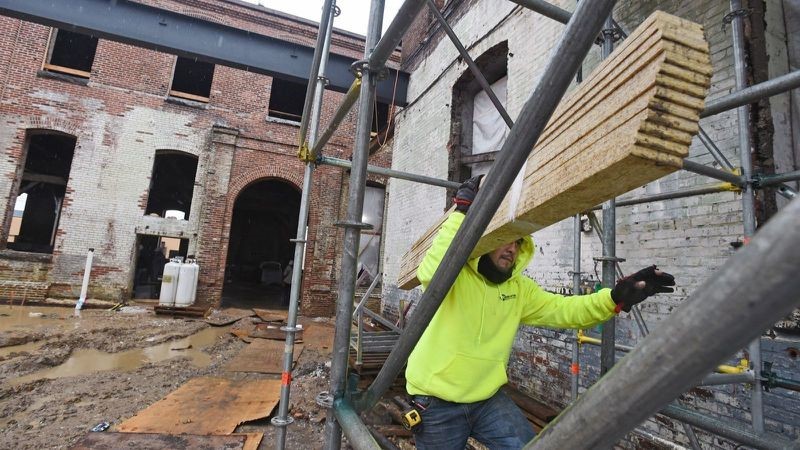 In Baltimore and other cities, there is vast opportunity for fixing and reusing old homes and buildings.

“We’re historic preservationists,” says Nicholas Redding of Preservation Maryland. “But we can’t do what we do if there’s no one available to do the physical work.”

Three statistics from Federal Agencies make the case for a renewed national effort to train men and women in Building Trades and the special skills needed for three specific purposes: To fix the country’s aging infrastructure; To save old houses for a new generation of homeowners; and to maintain our national parks for the next generation of Americans.

The numbers also underscore the foolishness of shutting doors to Immigrants seeking asylum.

We should be recruiting potential new Workers at the border instead of treating them like dirt.

The first number comes from the Bureau of Labor Statistics (BLS), which says there are about 400,000 unfilled construction jobs across the country.

This number has fluctuated between 200,000 and 350,000 over the last three years, but the Government’s April estimate, while preliminary, is eye-popping.

With the Nation experiencing low unemployment, we still need more people in the Building Trades and they need pay and benefits that get them to the Middle Class and sustainable careers.

Also from the BLS: The median age of an American Construction Worker is 42.5 years.

While that is similar to the median for other occupations, there’s a significant drop-off among Construction Workers under age 25.

So, while there are good efforts to train more people - Project JumpStart in Baltimore is an example - it seems clear that we do not have enough help.

To Read This Labor Perspective In Its Entirety, Go To: www.baltimoresun.com/opinion/columnists/dan-rodricks/bs-md-rodricks-column-0707-story.html?fbclid=IwAR0x7_GkDXYXjvFswMVfhcXLXVz5nvh7ySBYSlIH4UmWwMBXjw8KrWLX87Q