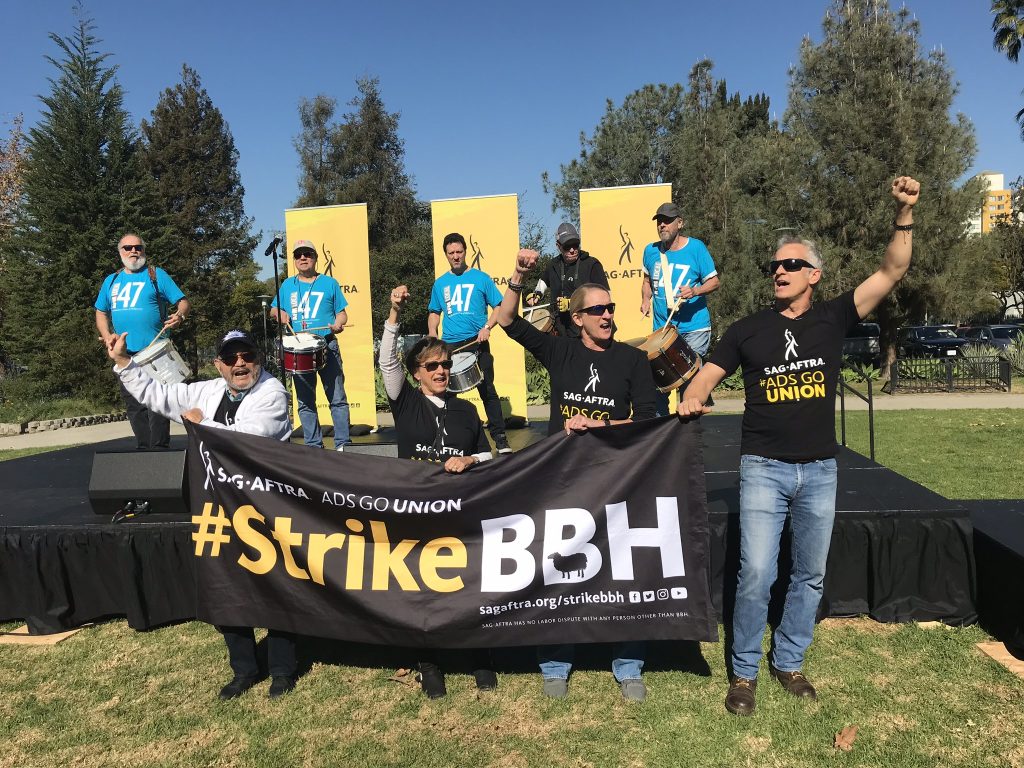 It’s a major victory for the Union, which had engaged in picketing, mass rallies and shaming in its efforts to get BBH to return to the Union Fold.

Under the terms of the settlement, the ad agency will sign SAG-AFTRA’s newly negotiated commercials contract and produce all of its commercials under those pacts.

“We’re pleased that BBH has returned to their longtime status as a SAG-AFTRA signatory,” SAG-AFTRA President Gabrielle Carteris said. “Since the inception of our relationship nearly twenty years ago, we have partnered effectively to provide the best talent in the world to BBH clients while ensuring fair compensation and safe working conditions for SAG-AFTRA Members.  It has been and will continue to be an extraordinarily productive relationship delivering value to the entire industry.  Now, with our new 2019 Commercials Contracts we are thrilled that BBH can take full advantage of the transformative compensation models in this ground-breaking agreement to better compete in the constantly evolving advertising industry.”

Their falling out began in November of 2017 when BBH served SAG-AFTRA with notice of its intent to withdraw as a signatory to the contracts.

In response, SAG-AFTRA filed an Unfair Labor Practice (ULP) Charge with the National Labor Relations Board (NLRB) and called a Strike against the agency.

In May 2019, an Administrative Law Judge ruled against BBH and instructed BBH to both recognize SAG-AFTRA as the representative of commercial performers and to negotiate with the Union.

“Our goal from the start was to produce high-level, cutting-edge creative work for our clients on a level playing field in a fast-evolving industry,” said Brett Edgar, the Managing Director of BBH NY. “We lost the battle, will respect the ruling and move on.  We thank our clients for their unrelenting support throughout this process.”

“We are pleased to welcome BBH back to the SAG-AFTRA Family,” said David White, the National Executive Director of SAG-AFTRA. “The tremendous solidarity of our entire Membership is to thank for helping bring BBH back to the table.  Our Members look forward to once again collaborating with BBH and providing their professional talent to create innovative, memorable and award-winning commercials.”

To Directly Access This Labor News Story, Go To: https://deadline.com/2019/07/sag-aftra-bartle-bogle-hegarty-strike-ends-ad-agency-signatory-1202649756/