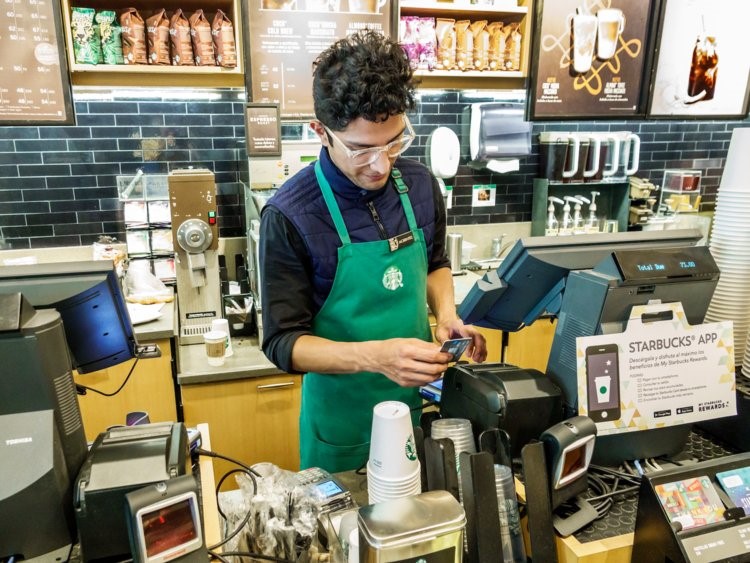 (KANSAS CITY, MISSOURI) - Dougleshia Nicholson is a single mother of six trying to survive on minimum wage in Kansas City, Missouri.  One of her sons has asthma and she estimates she’s been to the emergency room for her kids six or seven times so far this year, but her cashier job at Church’s Chicken doesn’t come with paid time off and every shift is essential.

“It’s ‘stressful because I basically have to pick and choose what’s more important,’” Nicholson tells CNBC Make It. “Of course my child ‘is more important, but at the same time, I have to work and make money to be able to support and take care of them.’”

While Nicholson, 28, makes $8.60 an hour, $1.35 more than the Federal Minimum Wage, thanks to a recent State increase, she says it’s still not enough money to get by, especially since her hours (and paycheck) can vary significantly week to week.

“The hours are ‘constantly shifting.’  ‘I don’t have a set’ schedule,” Nicholson says, adding she’s notified about her start time the night before via text message.

Sometimes that doesn’t come until 1 a.m.

“By that time, me and my children are in bed,” Nicholson said.

Church’s Chicken Management did not immediately respond to a request for comment.

To support herself and her kids, Nicholson is forced to rely on assistance from both her family and the government.

“I’m ‘currently homeless, so I stay with my mother,’” she says, adding that she helps with rent when she can.

She also relies on food stamps to buy groceries for her family.

Yet, even with that support, there are weeks where she doesn’t have the $15 needed to take the bus to and from work.

Instead, she walks, rain, snow or sun.

“You ‘can be doing everything right and it’s still not enough,’” she says. “It’s a ‘constant struggle - every day.’”

It’s been 10 years since Congress set the current Federal Minimum Wage at $7.25.

Yet across the board, wages simply are not keeping up as day-to-day costs continue to soar.

Pew Research found that the average paycheck has the same purchasing power it did 40 years ago - that’s true even in smaller metro areas where the cost of living can be lower.

In fact, it’s more difficult than ever to get ahead, especially if you’re trying to do so on Minimum Wage.

When it was signed into law in 1938 by Franklin D. Roosevelt, minimum Wage was designed to provide Workers a livable salary.

Yet Nicholson’s typical 20 hours a week at Church’s Chicken adds up to about $8,300 annual pay, far below the $78,407 the Economic Policy Institute (EPI) estimates a family of four needs to live modestly in Kansas City.

Dramatic increases in education, child care and housing costs are at the core of this struggle, especially for families like Nicholson’s.

U.S. median home prices have increased at nearly four times the rate of household incomes since 2000, according to research from real estate data company Clever.

To Continue Reading This Labor News Story, Go To: www.cnbc.com/2019/07/18/what-its-like-to-live-on-minimum-wage-in-the-us.html?fbclid=IwAR07znl2mKRaNzh62jpCc4IwhkvzbryEDjs7k5z1b8dvuVvFw59tMM26u0o