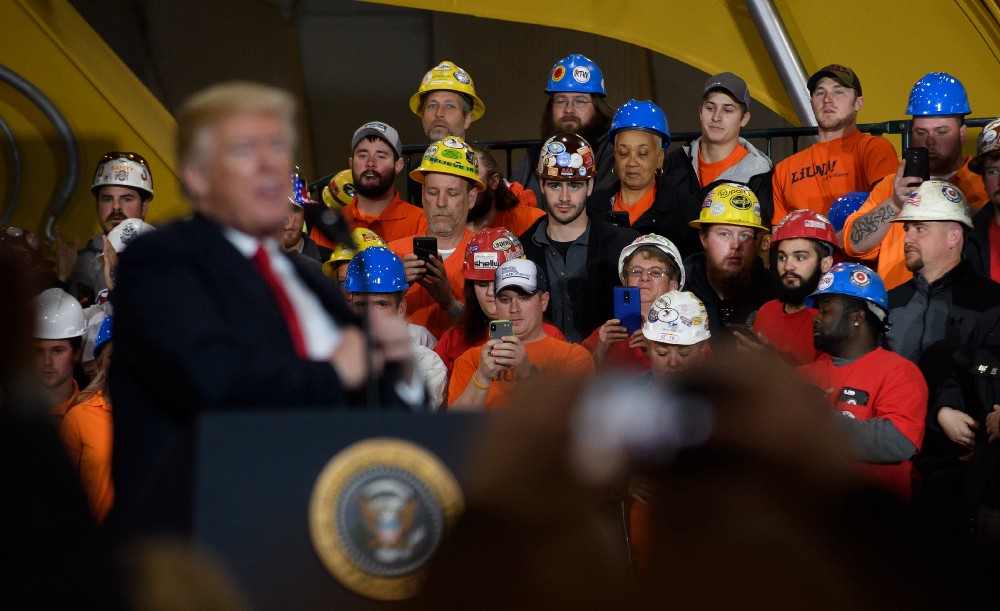 (WASHINGTON, D.C.) – Republican President Donald Trump’s National Labor Relations Board (NLRB) has issued yet another decision that would make it easier for employers to decertify Labor Unions.  This time, the NLRB is streamlining the process for employers who “think” a Union has lost the support of a majority of their Members.

Under the decision, an employer can make an “anticipatory withdrawal” without facing any penalties.

All they would have to do is announce within 90 days of the expiration of the Collective Bargaining Agreement (CBA) that they are withdrawing recognition of their Staff Union.

The onus would then be on the Union to prove that they have a majority status.

The Union would then have 45 days to file for a new election.

Before this decision, an employer who attempted to contest the Union’s support would have to prove that they had lost majority status and could face an Unfair Labor Practice (ULP) Charge if their assertion was found to be incorrect.

This has led to most Decertification Campaigns collecting cards or signatures indicating that the Employees intend to leave the Union.

The NLRB has indicated that they will apply this new framework - retroactively, meaning that other ULP charges could be thrown out.

This decision is yet another attempt by Trump’s NLRB to weaken Labor Laws in favor of Big Business.

All that this will lead to is an increase in costly Certification Elections as employers challenge a Union’s Majority Status.

Republicans have tried this before, such as in Iowa, only to find out that the vast majority of Union Members want to stick with their Union.

This decision came just days after another NLRB decision that overturned a 38-year precedent known as the "Public Spaces Exception."

This rule allowed Union Representatives who were not Employees of the company to access public spaces within the workplace.

For example, a Union Official would be allowed to sit in the front of a restaurant and promote and/or solicit Union Membership to the Employees, as long as they were not disruptive.

The new NLRB decision says that employer doesn’t have to allow access to these public spaces, even if the area would normally be open to the general public.

This basically means that if a Union Organizer talks Union, the boss can now throw them off the premises.

Both of these decisions have one simple goal: To make it tougher and more expensive to organize a Union and bargain a contract.

Without penalties, what is to stop every Union Employer in the country from filing a notice of “anticipatory withdrawal?”

It’s likely they would win a few, but in the meantime, they would force a Union to expend their finite resources on proving that they still had majority support in the workplace, instead of negotiating a new contract and defending members.

So the question is for Union Members who voted for Trump: Are you still happy you voted for him?

To Directly Access This Labor News Story, Go To: https://portside.org/2019-07-13/trumps-nlrb-employers-may-now-file-decerts?fbclid=IwAR2KrgvRcgQ6_RUvvL0QZqiOdaOIaRkm2uRfNRb4XUxkAzJC-xgqkMipkPg