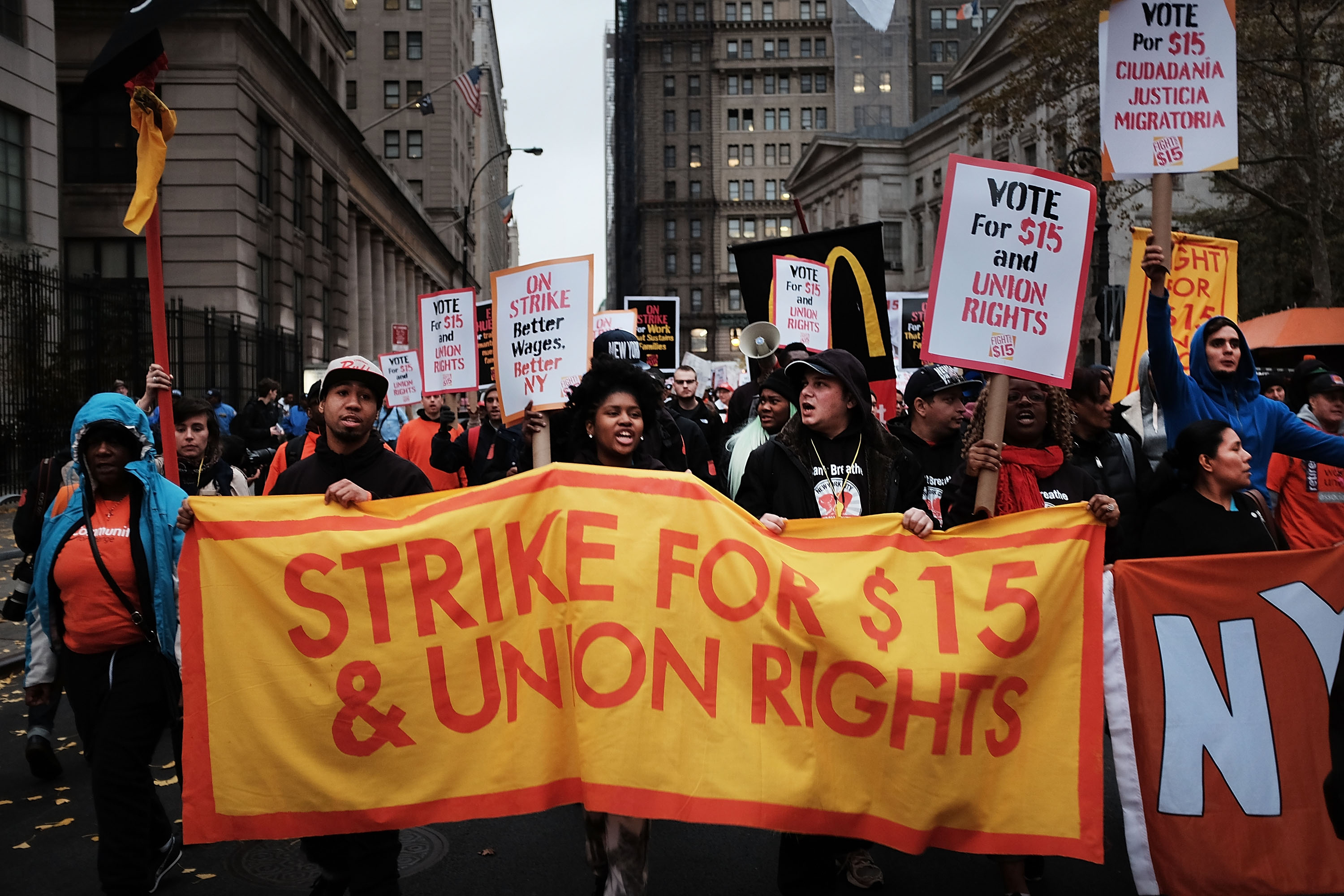 (NEW YORK CITY) - Advocates for the establishment of a nationwide $15 an-hour Minimum Wage are confident House Democrats will pass the Raise the Wage Act of 2019 on Thursday (July 18th), and they credit Fast Food Workers and other Low-Wage Earners in New York City with spearheading the entire effort seven years ago.

“We ‘are where we are today because of the Workers from the Fight for $15 (Campaign),’” Judy Conti, Governmental Affairs Director for the National Employment Law Project (NELP) said. “(And) we owe everything that ROC (Restaurant Opportunities Center) has organized over the years.  ‘We are where we are because of all the brave Workers who said, enough is enough.’”

New York City Fast Food Workers partnering with the Service Employees International Union (SEIU) launched the Fight For $15 Movement back in 2012, with a one-day Strike that has been replicated many times - and in many more places - in the years since.

“Seven years ago, no one took $15 seriously,” SEIU President Mary Kay Henry told LaborPress in an e-mail. “But Fast Food Workers in the Fight For $15 and a Union came together and acted like a Union: They stood up, went on Strike and proved the power of a Union is the best way to challenge an economy rigged against Working Americans.  Now the U.S. House is expected to vote in support of $15 an hour, Workers’ day-one demand.”

In addition to pushing the current Federal Minimum Wage of $7.25 an-hour to $15 an-hour, the Raise the Wage Act of 2019 also ends the $2.13 Sub-Minimum Wage paid to Tipped Workers - a pernicious practice that disproportionally hurts Women of Color and their children and has its ugly roots in slavery and Jim Crow.

ROC President Saru Jayaraman called Thursday’s anticipated vote in the House a “historic moment of Racial Equality.”  “Seven states have gotten rid of the Sub-Minimum Wage, there is no reason why every state and Congress can’t do this,” Jayaraman said.

The Reverend William Barber, Activist and leader of the Poor People’s Campaign, dismissed opponents of a $15 an hour Minimum Wage who insist raising the Federal Minimum Wage will ultimately cost jobs and hurt the economy.  “These arguments ‘have always come up historically,’” Reverend Barber said. “That was ‘one of the arguments about ending ‘slavery.”

The states of New York, Oregon, Washington, Nevada, Minnesota, Montana and Alaska have already moved to scrap the Sub-Minimum Wage for Tipped Workers and replace it with a $15 an hour Minimum Wage for all Workers.

Proponents of the Raise the Wage Act of 2019 say that after the new measure passes the Democratically-controlled House, they will immediately press “Senate members everywhere to make sure they understand that people are going to hold them accountable for coming to the table about this or continuing to be obstructionist.”

To Continue Reading This Labor News Story, Go To: http://laborpress.org/activists-salute-nyc-workers-as-house-gets-set-to-vote-on-historic-15-minimum-wage/