CWA District One Area Director Deb Hayes: Everything (Achieved In The Contract) Is Significant. I Know Our Members Have Struggled And Our Fight Was To Not Go Backwards. We Got Something Positive. There Were No Concessions. 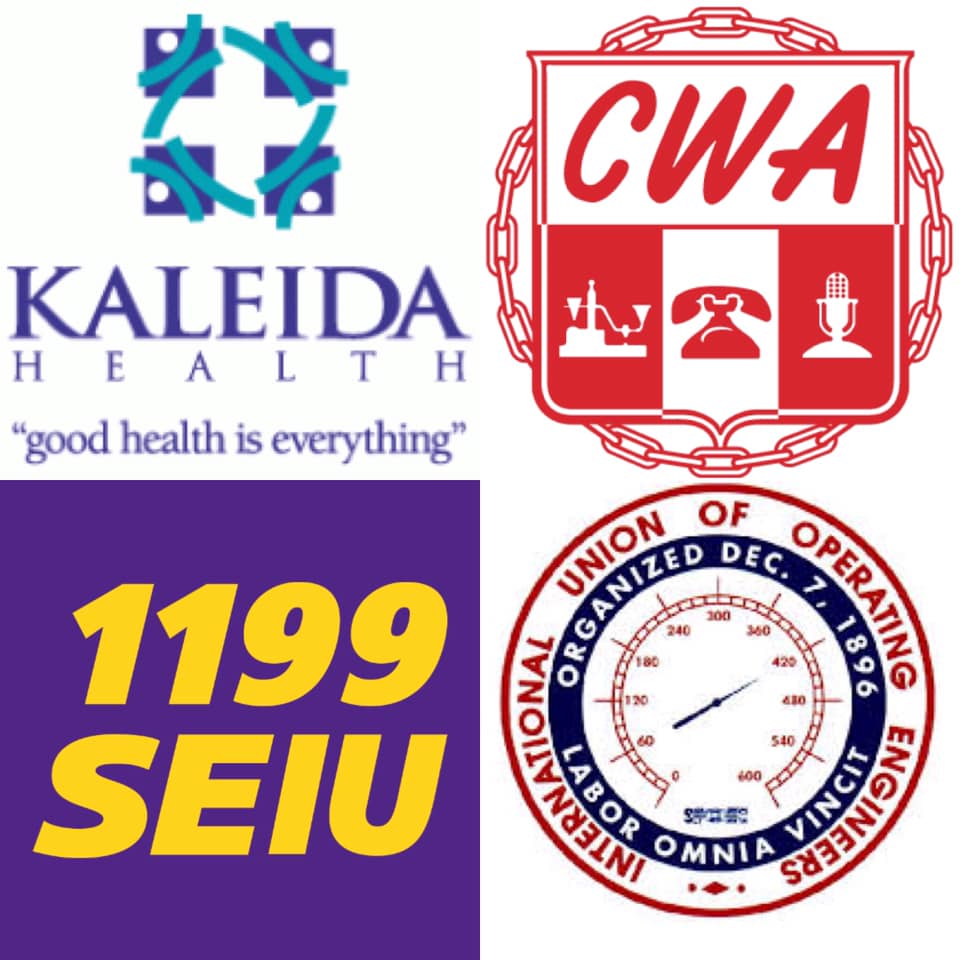 “Everything (achieved in the contract) ‘is significant.’  I know our Members ‘have struggled and (that) our fight was to not go backwards.’  ‘We wanted to build on our 2016 contract and we got something positive.’  There were ‘no’ concessions,” Hayes (Pictured Below Speaking At A Recently-Held Informational Rally/WNYLaborToday.com Photo) told Your On-Line Labor Newspaper this week as Kaleida’s Unionized Workforce gets ready to vote on the new deal next week. 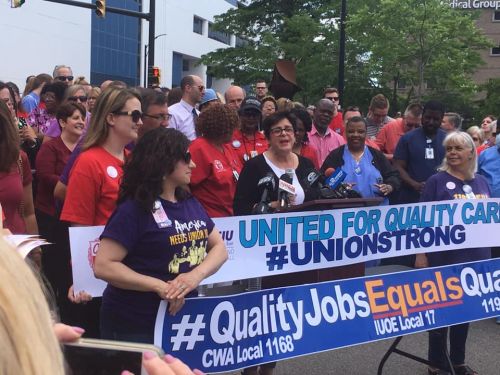 After months of negotiations and more than 50 individual bargaining sessions with Kaleida Health Management, the three Unions representing a combined 7,200 Kaleida Workers who are employed across the Buffalo area announced on July 9th that they had reached an agreement.  The Workers are represented by CWA Local 1168 - whose Union Local represents the largest number of Kaleida Workers at 4,300, 1199 Service Employees International Union (SEIU) Healthcare Workers East and International Union of Operating Engineers (IUOE) Local 17.

Highlights include what Hayes described as a 4% bonus and a 6% wage increase over the life of the contract, an increase of 90 Full-Time Equivalent (FTE) Employees - which addresses staffing problems Union Members have looked to address at Kaleida, no changes to the Workers’ health care coverage, improvements made to the pension plan, and “no concessions,” Hayes said.

“(The Unions) ‘didn’t have any problems with the people at the table’ (for Kaleida),” Hayes continued.  “(Negotiations) ‘moved slowly at times, but (management) was always open and honest and shared (information) with us.’  We had conversations ‘on how to solve problems and not to just agree on (contract) language.’  ‘But at the end of the day, it was the voice our Members who made it clear.’”

In a previously released statement, Kaleida Health System President and CEO Jody Lomeo said: “Everything that we discussed during negotiations is directly tied to our mission, vision and values, is designed to improve the quality of care that we provide to our community, and helps ensure the viability of Kaleida Health.  Just as important, the new agreement invests in our workforce in a number of areas.”

Union Members will vote on the new contract on Wednesday, July 24th.

Hayes says the Bargaining Team Members from the CWA, SEIU and IUOE are all “unanimously recommending” Kaleida Membership ratify the new agreement.

In addition to a 4% lump sum bonus paid when the deal is ratified, Hayes said, another 6% will be realized in the final two years of the contract: 2% and 1% coming at separate times in year two; and another 3% in the final year.

In addition, there “will be no changes to health care” coverage for Union Members.

Hayes said Kaleida initially wanted an 80-20 split, which would have “taken a significant amount of money out of our Members’ pockets.”

In exchange, the Unions agreed to a Plan Incentive in the contract that calls for Union Members at Kaleida to “use Kaleida Health Facilities” for their health care needs, she said.

However, what Hayes said she was “really excited about” in the new agreement was the “improvements made to (increase) staffing.”

“We ‘have been dealing with major struggles’ due to (Workers off with) disability, on leave or taking personal days (off).  Buffalo General (Hospital) ‘has been the most impacted.’  ‘We needed to have effective’ flow pools at all (Kaleida) sites.  ‘What we got will go a long way with ninety FTEs, which could increase to an overall number of as many as (100 to 120) Workers, depending on the breakdown of part-time or full-time employment,’” Hayes said.

So, now that the contract has been distributed to Union Members, who have had the time to go over it and ask questions, WNYLaborToday.com asked the CWA District 1 Area Director what feedback she is receiving from those Members.

“It’s ‘been a lot of work, but once everything has been explained to them (and their questions answered), people are happy,’” she said.