Aiming To Help Ease The State's Restaurant Labor Shortage, A New Apprenticeship Program In The State Of Maine Lets Aspiring Cooks Earn While They Learn 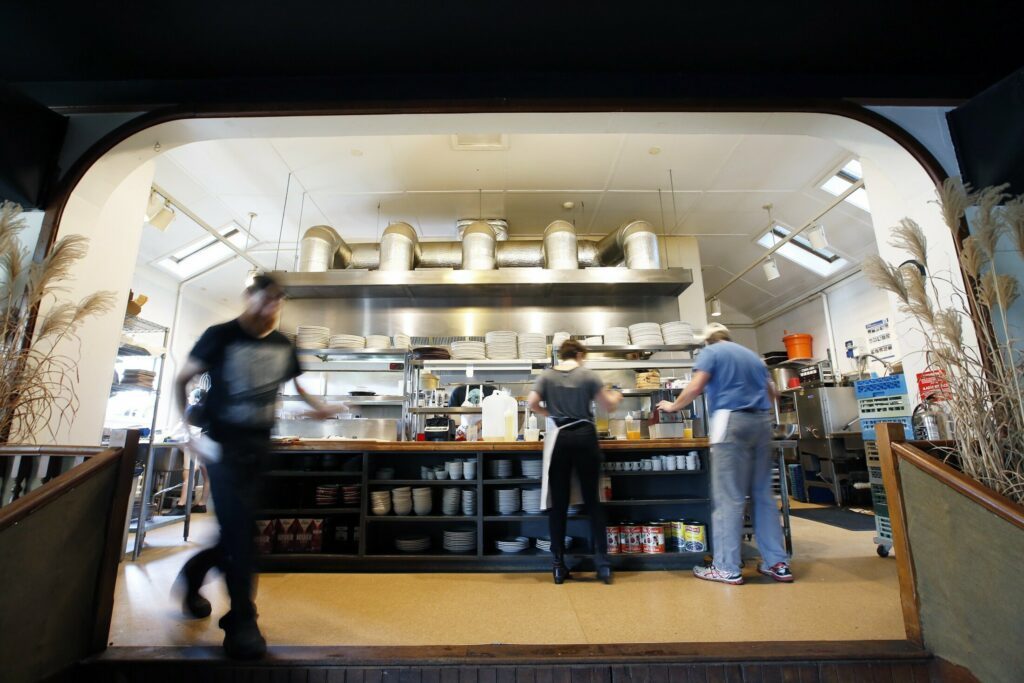 (YARMOUTH, MAINE) - At the beginning of her shift at Gather restaurant, Maura Perry took a quick peek at the handwritten list of tasks the head chef had left for her.  “Let’s see … this is nothing too fancy, but I have to build a lemon vinaigrette for one of the salads,” she said. “I have to make Caesar dressing.  I have to fill some things in my station.  I have to crumble some feta.  I have to make a staff meal.”

The staff meal, for now anyway, is usually something simple when Perry makes it - pizza, or “a lot of scrambled eggs,” she said.

Perry is an Entry-Level Line Cook at the farm-to-table restaurant.

She’s the first person to be hired by a Maine restaurant participating in a new HospitalityMaine Apprenticeship Program designed to help alleviate the State’s lingering restaurant and hotel labor shortage.

Thirty-two restaurants and hotels from Old Town to York Harbor have signed up for the weeks-old program, which was announced last Fall, according to Terry Hayes, HospitalityMaine’s Director of Workforce Development.

About a dozen of those have signed up to participate in the line cook track.

“It ‘allows (Apprentices) to support themselves while they’re learning the skills as opposed to going into debt’” in culinary school, Hayes said.

The Apprenticeship is mostly hands-on training - 2,000 hours’ worth, plus 145 to 290 hours of academic work that covers topics such as nutrition and food safety.

Apprentices receive raises as they attain certain milestones and when they complete the program they get a certificate from the Maine Department of Labor.

The department recently received a Federal Grant of more than $750,000 to expand Apprenticeship Programs in Maine and the restaurant industry could benefit from some of that funding, Hayes said.

The National Restaurant Association projects that restaurant employment in Maine will rise just over 30% this Summer, which is typical for seasonal hiring here.

But filling those jobs and retaining those Workers, will be as tough as ever, restaurant managers say.

“Everyone ‘is struggling to get help,’” said Chris Pierce, Assistant General Manager at DaVinci’s Italian Eatery in Lewiston.

And it’s not just about money, he said.

“Sometimes if they have a pulse and a good personality, then you’ll hire them and see what happens after that,” Pierce said.

Low wages may dampen enthusiasm for a culinary career, but “at the end of the day, ‘that’s not the big hurdle,’” Hayes said. “There ‘just literally aren’t enough’ people.”

To Continue Reading This Labor News Story, Go To: www.pressherald.com/2019/07/14/new-apprenticeship-program-lets-aspiring-cooks-earn-while-they-learn/