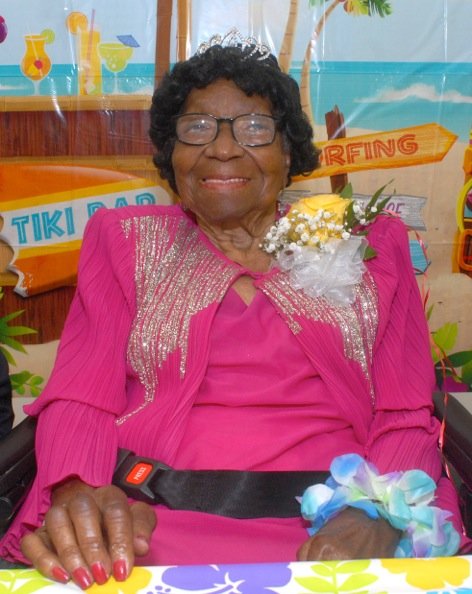 She is what is known as a Supercentenarian, and the oldest living person in the U.S., as validated by the Gerontology Research Group, which works with the Guinness Book of World records on verification.

She is also the eighth oldest person in the world.

She was born in 1905 in North Carolina and currently lives in Harlem.

Her daughter describes her as a “gift from God” and on Friday, July 5th - the day before her birthday, she was honored by the African American Caucus (AFRAM) of 1199 SEIU at the Harlem State Office Building on 125th Street.

“Harlem is proud to be the home of such an incredible woman who has stood the test of time.  We honor her for her longevity and commitment to the Harlem community.  Whatever she is eating I would like some of it!,” said New York State Senator Brian Benjamin, of the 30th District, which includes Harlem.

Murphy raised her two children alone, after her husband passed away at an early age.

She credits her longevity to eating well and staying active, and added: “Trust in God and be a good person.”

To Directly Access This Labor News Story, Go To: http://laborpress.org/union-strong-1199seiu-helps-celebrate-oldest-living-person-in-the-usa/