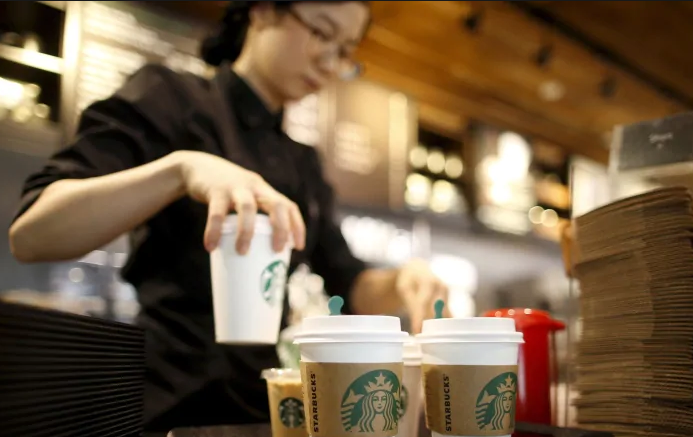 You may not give a second thought to the tunes spinning on a constant loop at your favorite café or coffee shop, but one writer and podcaster who had to listen to repetitive music for years while working in bars and restaurants argues it's a serious Workers' Rights issue.

"(It's) the same system that's used to - flood people out of, you know, the Branch Davidian in Waco or was used on terror suspects in Guantanamo - they use the repetition of music," Adam Johnson told The Current's Anna Maria Tremonti.  "I'm ‘not suggesting’ that working at Applebee's ‘is the same as being at’ Guantanamo, ‘but the principle's the same.’"

Earlier this year, irritated Starbucks Employees took to Reddit to rage about how they had to listen to the same songs from the Broadway hit musical Hamilton on repeat while on the job.

One user wrote that if they heard a Hamilton song one more time: "I'm getting a ladder and ripping out all of our speakers from the ceiling."

Johnson argues it wouldn't take years of research to understand that "yes, playing the same music over and over again has a deleterious effect on one's mental well-being."

Grahn studies music, which science has shown to be one of the strongest influencers of mood, she said.  It can calm dementia patients struggling with depression or anger or increase our endurance when we're working out.

However, there are downsides to the power of music.

Unlike how we can close our eyes to things we don't want to see, we can't close our ears to sound.

"So ‘it can be a very effective way of the external environment impinging, without our control, on our sensory processing,’" Grahn said. "Because ‘we can't close our ears, it's very effective if somebody else has control of our sonic environment.’  ‘We can do nothing about that and that can be pretty debilitating.’"

Having control over one's environment can make a big difference, said Grahn, which is why she recommends employers and Employees talk about why certain music is being played or what they can do to switch things up.

"I think ‘when people have input or a sense of being listened to, that control actually makes a very big difference in their response to what they're listening to," she said.

To Directly Access This Labor News Report, Go To: www.cbc.ca/radio/thecurrent/the-current-for-february-25-2019-1.5032165/starbucks-music-is-driving-employees-nuts-a-writer-says-it-s-a-workers-rights-issue-1.5028163?fbclid=IwAR1xKkFML-TuCAiN-BeEmAda-OeBYjF0iN90gVyBpvo2o6R2a1ENqEcbpi4