This Is What A Union Can Do For Workers: Detroit Security Guards Get $15 An Hour After Striking, With Help From The Service Employees International Union 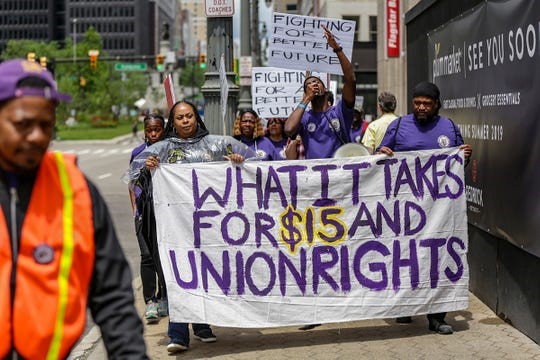 The raise came last week, in the form of an e-mailed memo obtained by The Detroit Free Press, after the Security Guards made the news last month with a one-day Strike and walkout.

The Security Guards took to the streets to fight for Unionizing Rights and living wages.

Some were getting paid as little as $11 an hour according to SEIU Local 1, the Union that helped organize the Strike.

“Our Unfair Labor Practice Strike showed SecurAmerica ‘we are serious about winning a better future for ourselves and our families, and higher pay is the first step on that path,’" Security Officer Rudolph T. Muhammad said in a statement released by SEIU Local 1.

To Read This Labor News Story In Its Entirety, Go To: www.freep.com/story/news/local/detroit-reborn/2019/07/05/detroit-bedrock-security-guards-strike-raise-union/1660721001/