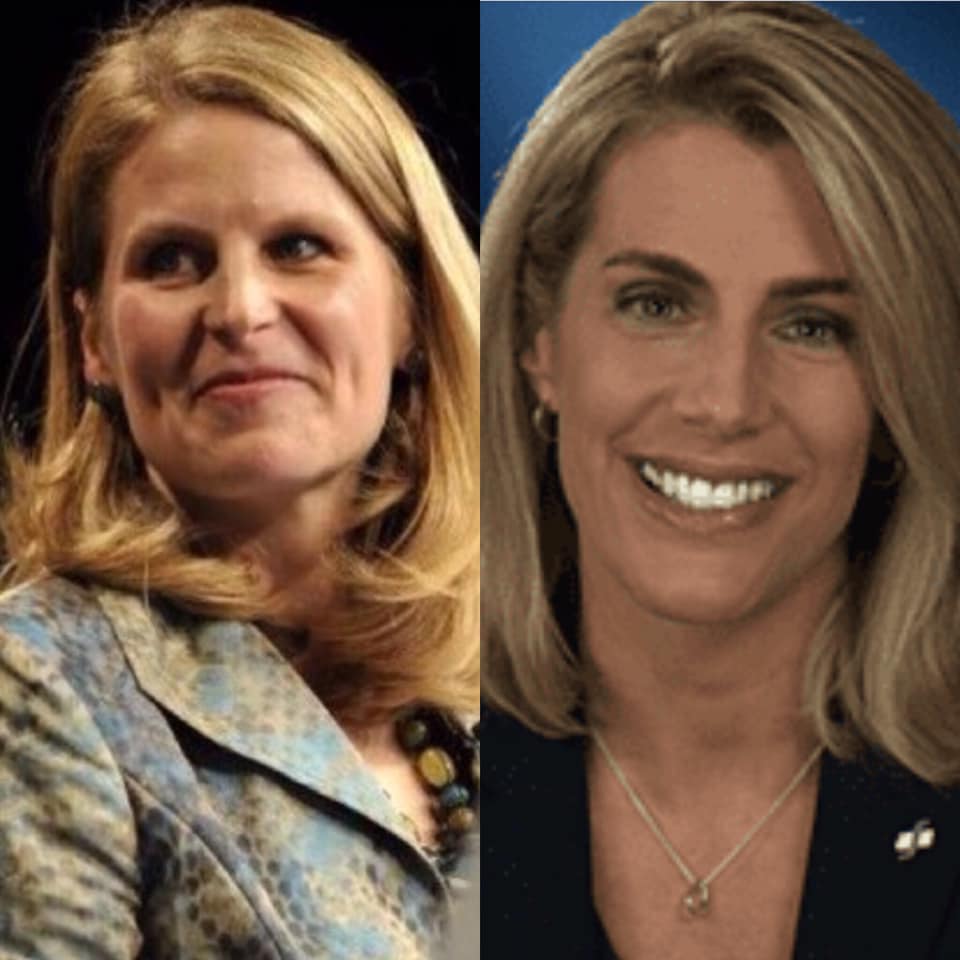 (WASHINGTON, D.C.) - Liz Shuler and Sara Nelson have many things in common - both are from Oregon, both are in their 40s, and both are prominent Labor Leaders.

Shuler (pictured on the left) is Secretary-Treasurer of the National AFL-CIO, the Nation’s largest Labor Federation, while Nelson (pictured on the right) is President of the Association of Flight Attendants-Communications of America (AFA-CWA).

Another thing they have in common: both hope to succeed Richard Trumka someday as the National AFL-CIO’s president.

After decades of being held back, women have only recently risen to the top ranks of America’s Labor Unions.

For a woman to head the National AFL-CIO and become the Nation’s most powerful, visible Labor Leader would be “rather extraordinary,” as one historian put it.

But neither Shuler nor Nelson will admit to having an eye on that prize.

Both know it would look bad to declare their candidacy with 27 months still left in Trumka’s term.

Nelson, 46, is a charismatic speaker and is often viewed as a militant - she likes to shake things up.

Shuler played a leading role last year in mobilizing Missourians to overturn that State’s Anti-Union-Fee Law - known as a Right-To-Work (for less) Law.

Nelson was catapulted into the spotlight last January when she called for a General Strike to pressure Republican President Donald Trump and Congress to end the government shutdown.

Although National AFL-CIO Headquarters says there is no campaign under way, there’s a lot happening beyond that official position.

Two top Union Leaders who insisted on anonymity said that early this year Trumka and Shuler were asking various Union Presidents whether they would support Shuler to be the National AFL-CIO’s next president.

These officials said Trumka, the National AFL-CIO’s head since 2009, appeared at the time to be considering stepping down within a few months to make way for Shuler, but only if there were strong support for her in the Labor Federation’s 55-Member Executive Council, which is composed largely of Union Presidents.

National AFL-CIO Officials insist Trumka, 69, has no plans to step down before the Labor Federation’s Convention in 2021.

Several officials said Trumka dropped the idea of resigning early after the presidents of three large Unions representing nearly half the National AFL-CIO’s Union Membership indicated they were not prepared to support Shuler - or anyone else at this point.

To Continue Reading This Labor News Story, Go To: www.theguardian.com/us-news/2019/jul/08/afl-cio-liz-shuler-sara-nelson-unions-leadership?fbclid=IwAR3PZc5-AsgO1F44zRXAd1FpiqFojSCbJB2UuLwffeJ4jBuooJWL9DdI0bo