Share This With Your Fellow Union Members: If Theyre Against Unions - F Em! & You Cant Love Your Union And Love Trump. - Just Some Of The Comments Spoken At A Free Speech Rally In Front Of Federal Hall In New York City 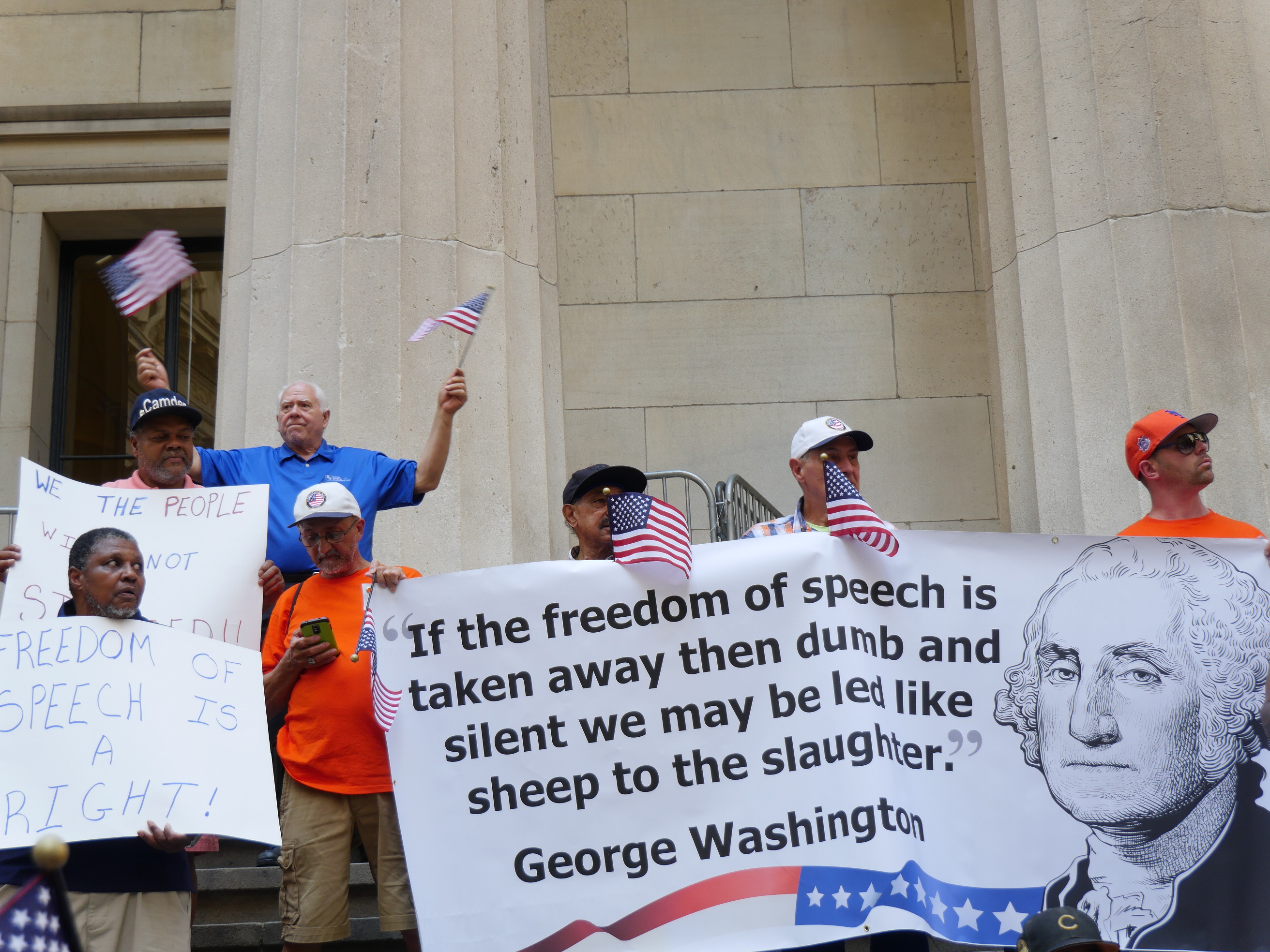 Last week’s Federal Hall rally to save “Scabby The Rat” from the National Labor Relations Board’s (NLRB) bid to stick a pin in him on Staten Island, crystalized the threat to fundamental Free Speech Rights that efforts to ban the Union Balloon actually represent.

But the demonstration also further called out the person responsible for the virulently Anti-Union stance the NLRB has assumed since 2016.

“Take this message ‘back because elections have consequences,’” Construction & General Building Laborers Local 79 Organizer Chaz Rynkiewicz told Trade Unionists assembled in front of Federal Hall. “People ‘can give a good speech’ - Trump ‘can give a good speech (about how) he wants to help the Workers in America.’  ‘But then he went out of his way, looked long and hard to find an Anti-Union lawyer - this guy made millions of dollars breaking Unions - and then Donald Trump appoints him the head of the NLRB.’  ‘We cannot have that.’”

Since taking office, Trump has, indeed, set about packing the NLRB with Far Right Union-Busting characters from General Counsel Peter B. Robb on down.

With a majority of Union Busters controlling the Federal body, the NLRB has doggedly worked to degrade Collective Bargaining Rights, subvert the ability of Unions to collect dues, undermine Organizing Campaigns, upend overall Union activity and stifle Labor Voices in and outside the workplace.

Fellow Organizer Bernard Callegari put an even finer point on it in front of “The Birthplace of American Democracy,” stating: “The ‘only thing that is indisputable is our Union Membership.’ ‘We have to stop letting ourselves get divided.’  ‘We have to stand in solidarity.’  ‘So, it doesn’t matter who you vote for - if they’re against Unions - F them!’”

Trump took the White House in 2016, in part, after garnering “Reagan-like” numbers from Union Households burned out on tricky trade agreements and Neo-Liberal policies that hurt the Working Class.

Since then, however, Trump’s virulently Anti-Union attitudes have been as blatant as his toxic narcissism and outright racism.

“You know any Trumpsters out there – ‘let them know, educate them, they need to know’ – ‘You can’t love your Union and love Trump - you can’t do both,’” Rynkiewicz said.

Just this week, The Guardian’s Michael Sainato reported David Cann, the Director of Bargaining for the American Federation of Government Employees (AFGE) saying: “As we’ve been in negotiation with the Trump Administration, ‘we’ve seen a level of hostility toward Labor Unions that is unique and more coordinated from what we’ve seen with other administrations, even Republican Administrations that are philosophically opposed to the mission of Labor and the empowerment of Workers.’”

As Trump paraded Bradley armored carriers and M1A1 Abrams Tanks through our Nation’s capital on the 4th of July, Mike Hellstrom, Mason Tenders District Council Assistant Business Manager, urged Trade Unionists at Federal Hall to recall a line from the old Buffalo Springfield song: “For What It’s Worth.”

“If you ‘get out of line, the man come take you away,’” Hellstrom recited. “But today in America, ‘they’re making the line so  friggin’ narrow that it’s up to every single one of us to push back against the line, Brothers and Sisters, and make sure that the road to freedom is as wide as possible.’”

To Read This Labor News Report In Its Entirety, Go To: http://laborpress.org/happy-4th-of-july-if-theyre-against-unions-fk-em/