The Library Works Because We Do - Carnegie Library Workers In Pittsburgh Launch Union Drive As They Seek A Greater Voice When It Comes To Pay, Benefits, Hiring & Promotions 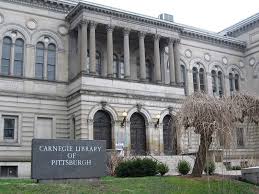 (PITTSBURGH, PENNSYLVANIA) - Carnegie Library of Pittsburgh Employees have launched a Unionization effort as Library Employees announced they are seeking a greater voice when it comes to decisions about pay, benefits, hiring and promotions

A committee that formed a year ago will begin collecting union cards in hopes of joining The United Steelworkers (USW).

“The library works because we do,” said Librarian Emily Miller in an e-mailed press release. “In order to do our best work for the community, we need a Union to secure the support and respect we deserve.”

According to the release, Library Employees are seeking a greater voice when it comes to decisions about pay, benefits, hiring and promotions.

Library Drivers and Environmental Service Workers are already represented by the Teamsters and the Service Employees International Union (SEIU), respectively.

To Directly Access This Labor News Story, Go To: www.wesa.fm/post/carnegie-library-workers-launch-union-drive-monday?fbclid=IwAR1o1eujtCa-u6dS8PBONeNBbH8mmDSU_yrUa-bbLTtls_qtVKSMr_nhBbY