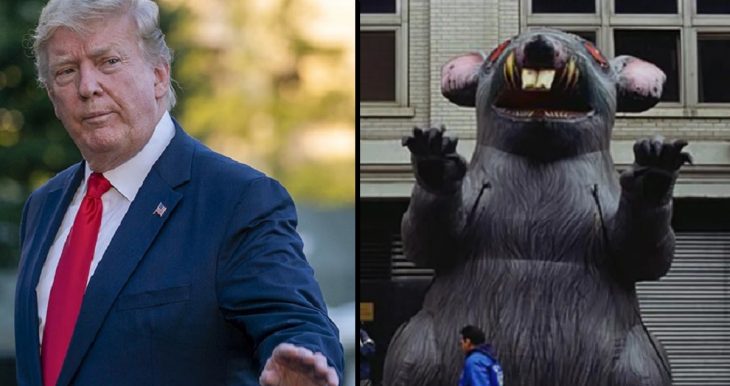 (NEW YORK CITY) - A New York Federal Judge has declined to shut down a Union Protest that has involved setting up a huge, inflatable rat named “Scabby” outside several Staten Island supermarkets, saying the demonstration hadn’t obviously crossed the line into illegal conduct.

However, U.S. District Judge Nicholas Garaufis said the use of a giant, fake rat and other household pests didn’t seem to amount to a violation of Labor Laws and wasn’t likely to cause “irreparable harm” to the stores.

“A regular display of inflatable rats and a cockroach on a public street, peaceful and limited hand-billing, and a single, peaceful, stationary, hour-long rally in mid-May do not constitute picketing, lack the ‘essential element of coercion,’ and do not otherwise rise to the level of ‘threats, coercion, or restraints’ necessary to find a violation,” Judge Garaufis said.

The Republican-led NLRB had argued the protest constitutes an illegal “Secondary Boycott,” which refers to a Union Protest that interferes with a neutral employer’s business in order to influence a dispute with a direct employer.

The Union has been using Scabby to pressure the Mannix-owned stores not to do business with a builder the Union is feuding with.

But Judge Garaufis said “there is no evidence that Mannix Employees ever refused to perform services for reasons related to the protest activity by Local 79,” and “there is no evidence that Local 79 Representatives in any way induced or encouraged Employees to refuse to perform services for Mannix or the Mannix-owned stores, let alone that such inducement or encouragement was coercive.”

A different Federal Judge had previously denied the NLRB’s bid for a temporary order to halt the protests.  In mid-June, U.S. District Judge Frederic Block denied King’s request for a Temporary Restraining Order (TRO) blocking Local 79 from “engaging in any picketing or other conduct” to influence Employees to stop working.

To Directly Access This Labor News Report, Go To: www.law360.com/articles/1174829/ny-union-protest-can-keep-using-scabby-judge-rules