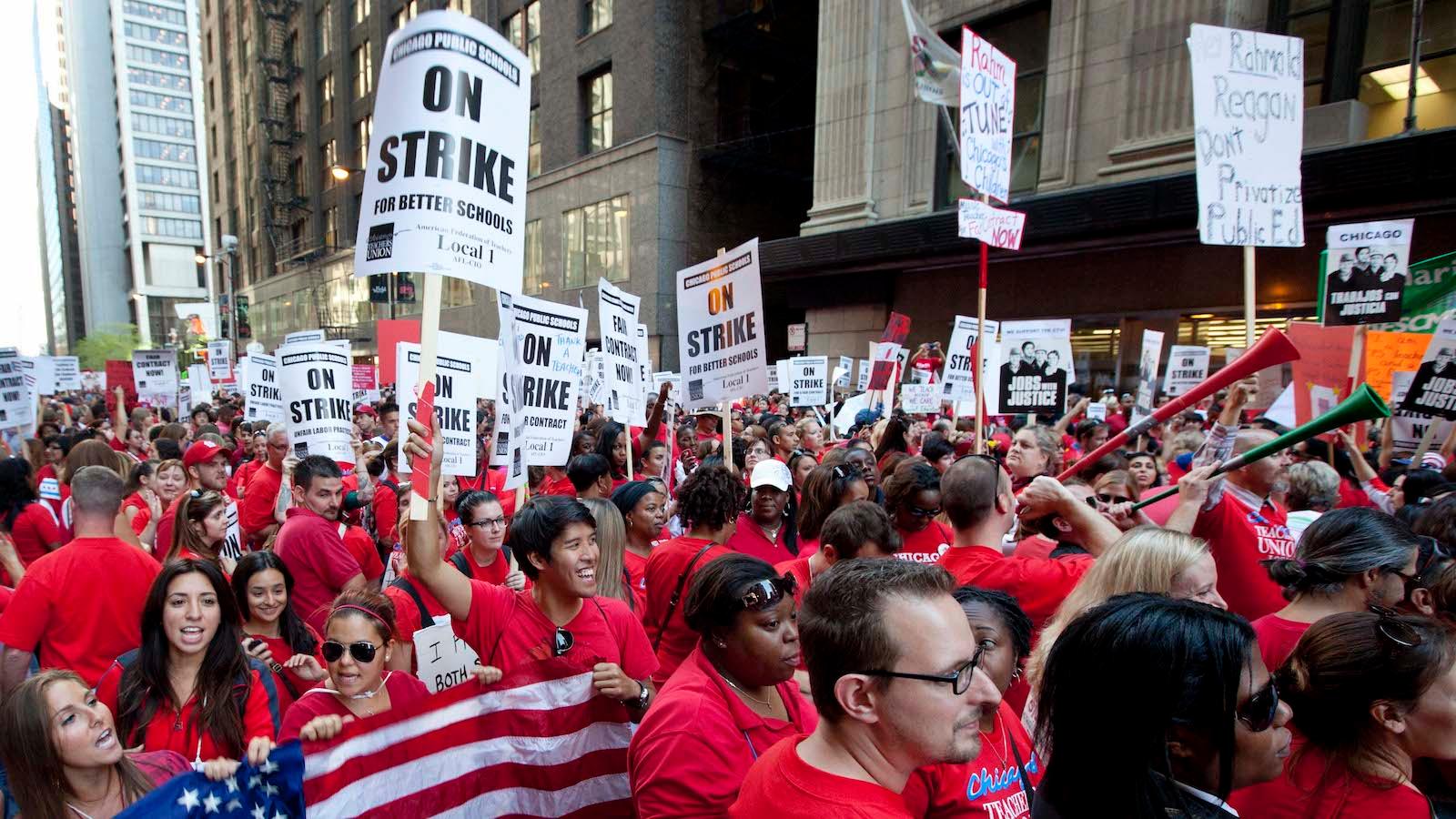 BusinessInsider.com Editor’s Note: George Pearkes is the Global Macro Strategist for Bespoke Investment Group.  He covers markets and economies around the world and across assets, relying on economic data and models, policy analysis and behavioral factors to guide asset allocation, idea generation and analytical background for individual investors and large institutions.

You may have noticed some Labor disruptions in the headlines.

A few examples: Employees of Vox Media successfully negotiated a Collective Bargaining Agreement, Buzzfeed Employees walked out in an effort to get recognition for their Union and Volkswagen Workers in Tennessee talked Wildcat Strikes after a vote to Unionize failed by a small margin.

And last year, Teachers walked off the job in West Virginia, Oklahoma, and Arizona with walk-outs and other disruptions from Colorado to the Carolinas.

This may seem like bad news for Capitalists, but Unions can be a source of stability as well as class conflict.

The recent Labor Renaissance could help to reverse some worrying long-term trends in the American Economy, while also still benefiting the businesses from which Workers are extracting gains.

The recent uptick in strikes is not just your imagination and it recalls an earlier era when Unions played a greater role in the American Labor Market.

Data from the Bureau of Labor Statistics (BLS) showed more than 485,000 Workers were impacted by large strikes that started during the year, the highest number since 1986.

The return to Labor Disruptions after a long post-Reagan slumber comes as Workers are becoming scarcer.

Using BLS data which goes back to 1994, as-of May only 9.12% of the potential Workers either had no job and want one or are working part-time because they can't find full-time work.

This extremely broad metric measures not just those who are counted as unemployed by the BLS, but goes further to include those who haven't been looking for work but want a job - as well as those working part-time for economic reasons.

If employers want to add capacity or replace Workers who retire or quit, there are fewer and fewer places to turn, which gives Workers more bargaining power.

The surge in Organized Labor activity also poses a concern for investors and economic observers: Won't all that Labor Bargaining Power lead to wage-price spirals and runaway inflation?

To Continue Reading This Labor News Report, Go To: www.businessinsider.com/american-workers-unions-labor-us-economy-opinion-2019-6?fbclid=IwAR1a4LJjuhAdz99M5jSBGiZkCOlqM8XMZ_4vljQHGL_UHfthlgEh4xz06kw