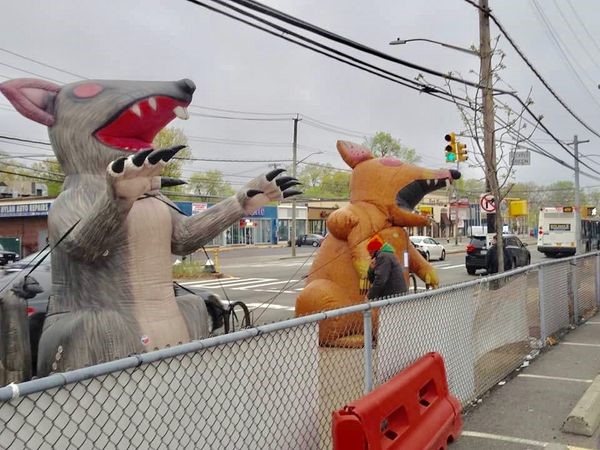 (STATEN ISLAND, NEW YORK) - A series of protests held outside local ShopRite Stores on Staten Island that involve the use of Non-Union labor has resulted in a legal dispute between the owner and Laborers Local 79 Union.

These protests led Mannix Family Market to file a charge with the National Labor Relations Board (NLRB), accusing Local 79 of Unfair Labor Practices (ULP) that deterred Workers from “freely servicing the establishments.”

Representatives of Local 79 have blasted the ULP charges, which seek to limit the Union’s ability to protest using inflatable balloons and bullhorns, as an encroachment on Organized Labor’s rights to free speech and demonstration.

“NLRB General Counsel Robb now argues that if a Union’s ‘secondary’ message can’t fit on (8.5 by 11 inch) pieces of paper, Unions can’t deliver it: No speaking, chanting, moving around, setting-up props, using big print on banners or placards, or anything else," said Joseph Vitale of Cohen, Weiss and Simon, LLP, the Law Firm that represents Local 79.

According to a Complaint and Notice of Hearing filed by the NLRB, Local 79 has been engaged in an ongoing Labor Dispute with Kimco Realty Corporation (Kimco) and GTL Construction LLC (GTL) regarding the use of Non-Union Laborers in the construction of The Boulevard, a new shopping center opening on Hylan Boulevard.

Representatives of Local 79 have described the current Construction Crew as “under-paid, poorly trained, Non-Union Workers - being paid less than Prevailing Wages and benefits, compared with similar projects in the New York City area."