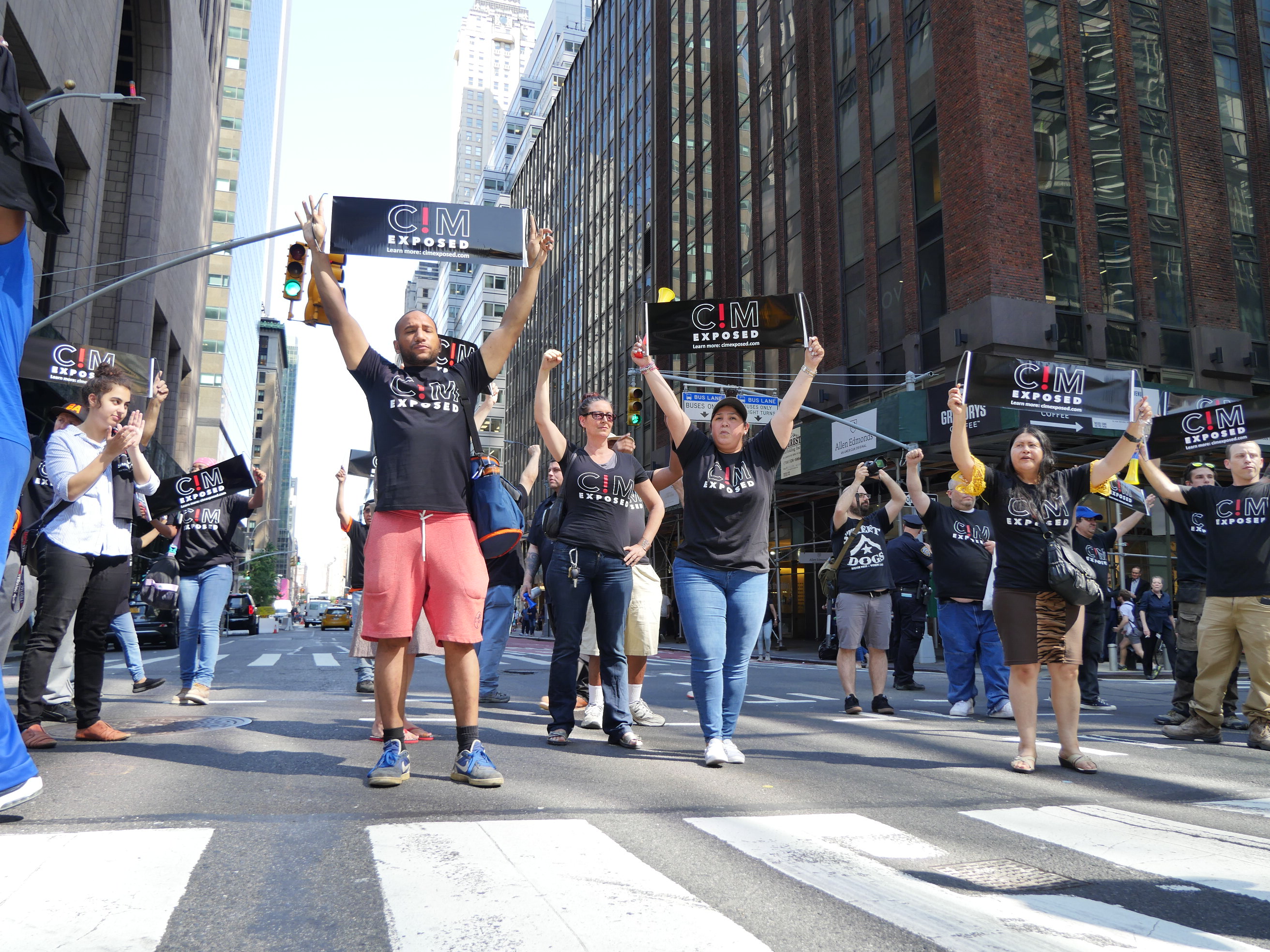 (NEW YORK CITY) - Members of District Council 16 of the Cement and Concrete Workers and allied supporters briefly shut down midtown traffic this week in an ongoing protest against so-called “Open Shop” Development.

Angry Trade Unionists fed up with the race to the bottom that so-called “Open Shop” Development creates - broke off their noisy demonstration outside the CIM Group’s East 55th Street offices and strode into the nearby intersection at Madison Avenue shortly before 4 p.m.

As a result, traffic was brought to a standstill at the corner of East 55th Street and Madison Avenue.

New York City Police monitored the temporary blockade but did not make any arrests.

Trade Unionists were, instead, allowed to leave the intersection after a few minutes and reassemble in front of CIM Group offices at 540 Madison Ave.

Trade Unionists have spent months urging CIM to quit hiring Non-Union contractors who, in addition to undercutting Middle Class wages and benefits, have a history of wage theft and Worker fatalities.

Back in January, Council Member Stephen Levin (Democrat-District 33) called the massive CIM Group development going up at 85 Jay Street in Brooklyn a “major concern” and a source of “fairly frequent” complaints from neighbors.

Melissa Shetler, who serves as the Political Director for Metallic Latherers and Reinforcing Ironworkers Local 46, said the safety record of CIM’s contractors “should be troubling and concerning for local residents.”

“This is ‘not the type of development or the type of contractor that we should be allowing in New York City,’” Shetler told LaborPress. “The ‘exploitation of vulnerable’ Workers ‘is something that we’re supposed to be standing up against.’”

Meanwhile, District Council 16 Organizer Mike Arena told LaborPress that all the rallies and demonstrations are beginning to have an impact: “I think it’s ‘gonna work.’  ‘We’ve got to keep our foot on the pedal.’  ‘We can’t stop now.’”

To Directly Access This Labor News Report, Go To: http://laborpress.org/trade-unionists-block-midtown-traffic-in-fight-for-middle-class-wages-benefits/