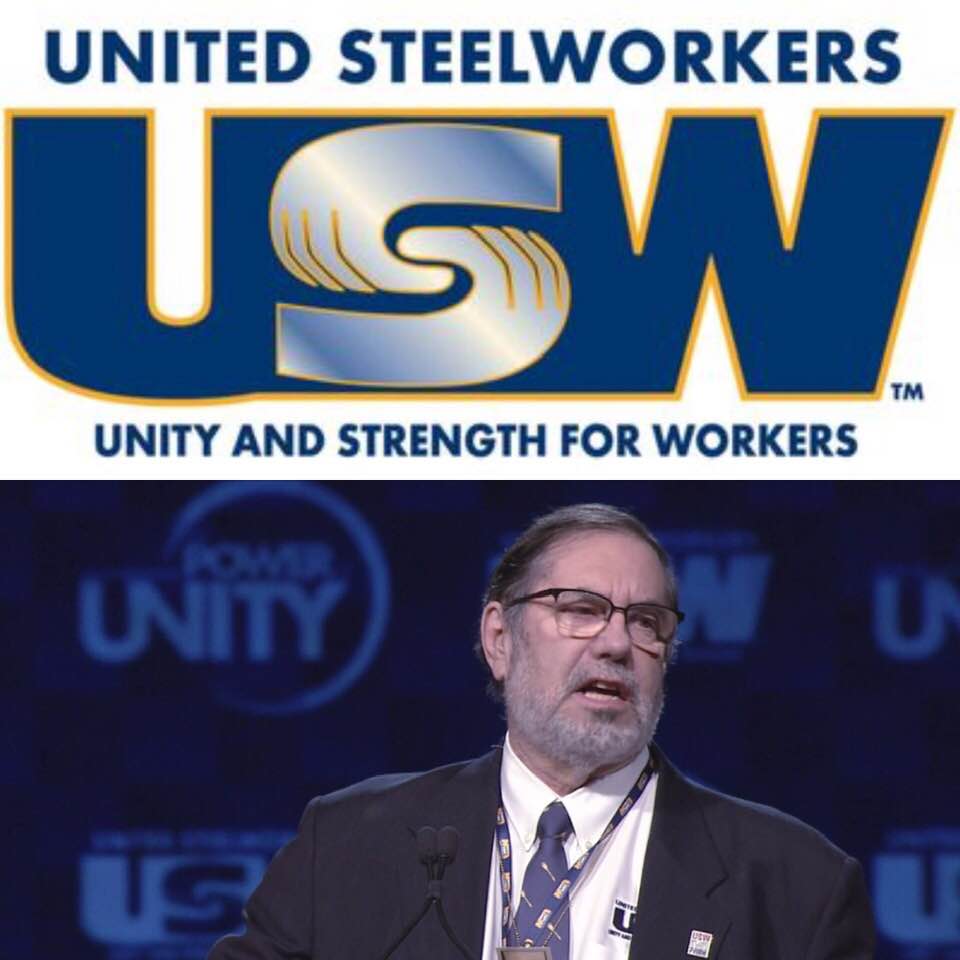 (NEW YORK CITY) - Over his many years in leadership, United Steelworkers (USW) President Leo Gerard said he often got pissed off thinking about how Workers are treated.

Now as he heads into retirement later this Summer, Gerard told LaborPress: “I’m leaving now, and things ‘are not very good - and I’m still pissed off.’” USW Vice President Tom Conway will assume the top leadership position when Gerard steps down in July.

“We’ve ‘got greater Income Inequality, we’ve got a more sustained attack by the Right Wing on the Labor Movement - and to be critical, when given the opportunity when they had the majority House and Senate on more than one occasion over the last twenty-five years - the Democrats let us down,’” he said.

The ongoing failure to pass the Employee Free Choice Act - a measure that would have made it easier to organize Workers - is particularly galling to Gerard: “Twice, when we had the Employee Free Choice Act, or some similar act that was there, we lost by two votes.  And both of those times the two votes were from Arkansas – ‘and we know who had lots of pull in Arkansas’ - Bill Clinton ‘let us down more than once.’”

Gerard’s Labor career spans more than a half century - more than 35 years of it in leadership.

All that said, the retiring USW Leader stressed the USW will continue fighting to “elect as many Democrats as we can” - albeit “Progressive Democrats” who understand that you can’t solve Income Inequality “until you have a strong, vibrant Labor Movement.”

“And Democrats ‘who aren’t afraid to say the word Union,’” Gerard added.

While electing Pro-Labor candidates at every level of government is vital - Gerard also believes that today’s Labor Movement needs to especially focus on State races.

“Although Labor Law is a Federal matter – ‘you can have tremendous influence by the legislation you pass at the State level,’” he said. “I think ‘we see now, the kind of radical, blow-everything-up approach - destroy everything that’s in front of them - by the Republicans at the State level.’  The Democrats ‘need to get a lot tougher, a lot more aggressive’ at the State level.  ‘We’ve got to be aggressively passing strong legislation to encourage collective bargaining, to encourage leadership development in the Labor Movement, and fighting for health care and pensions.’”

Turning to climate change and the Green New Deal, Gerard says: “It’s ‘easy to divide us on this issue if we don’t understand it.”

“There ‘is a way to take carbon out of the atmosphere and create jobs,’” he said, emphasizing the need to retrofit public buildings and revamp water oil and water pipelines.

As he steps away from Union Leadership, Gerard says the overall Labor Movement is in good hands, giving particular kudos to National AFL-CIO President Richard Trumka’s stewardship, while also understanding the importance of Union Programs that develop Rank-and-File Leadership.

“We’ve ‘got to be where the rubber meets the road, and fight like hell,” Gerard said.

To Directly Access This Labor News Story, Go To: http://laborpress.org/outgoing-usw-president-leo-gerard-poed-going-into-retirement-slams-democrats/