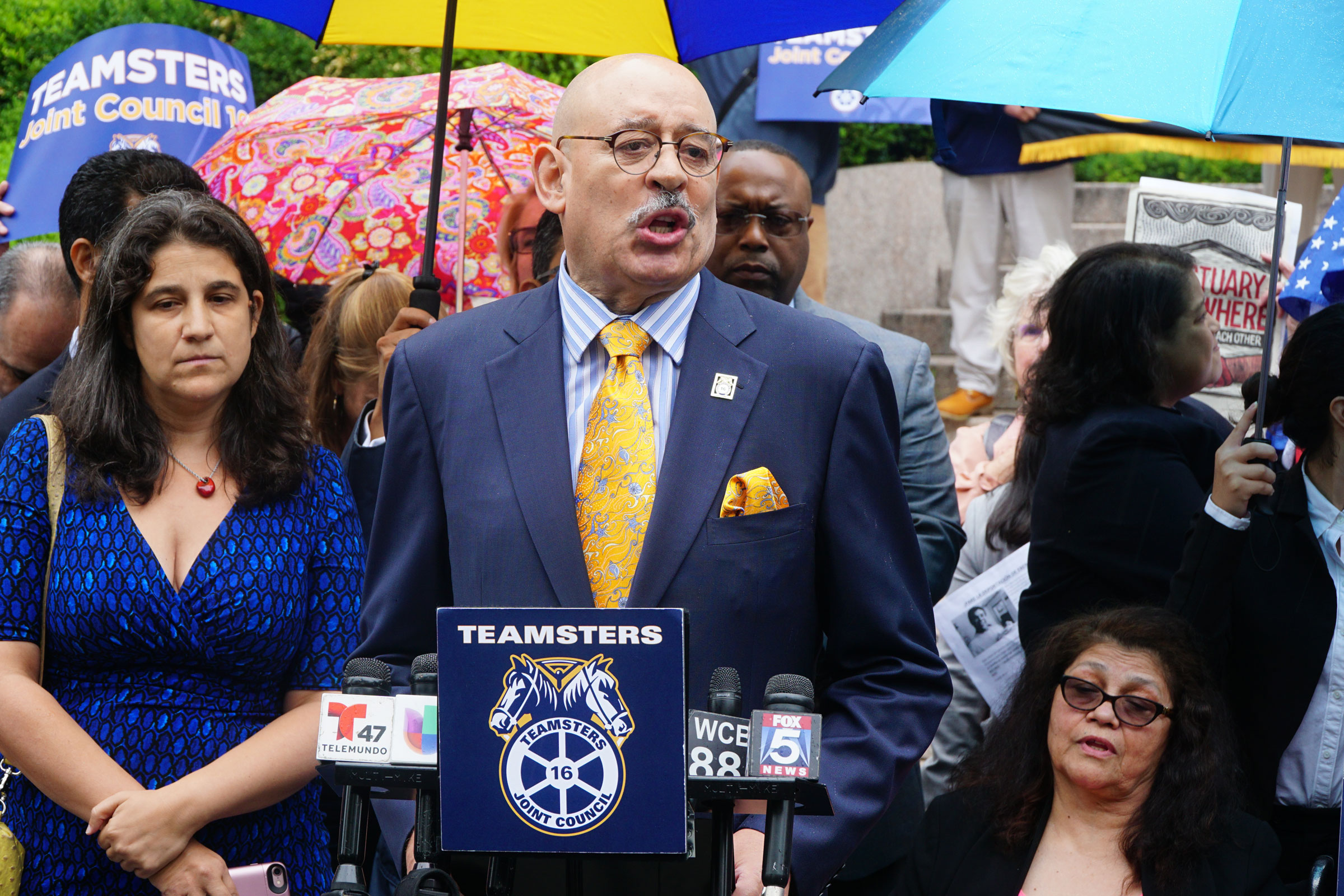 (NEW YORK CITY) - Teamsters Joint Council 16 President George Miranda, whose Union represents 120,000 Workers in and around New York City, released the following statement on the signing of New York State’s Green Light Law - which will reopen access to driver’s licenses to all New Yorkers, regardless of Immigration Status:

The New York Teamsters thank the Assembly, Senate, and Governor for protecting our Immigrant Families by enacting the Green Light Law.  Our elected officials acted and it will no longer be a crime for these Workers to drive their kids to school or to the doctor.  In much of New York State, you need a car to do the basics of life and this new Law will ensure that all residents can access driver’s licenses, regardless of Immigration Status.  This is a Union issue and will open opportunities for our Members.  We are proud to be a Sanctuary Union and give our full support to expanding the rights of our most vulnerable residents.

To Directly Access This Labor News Story, Go To: http://laborpress.org/teamsters-cheer-law-on-drivers-licenses-for-immigrants/