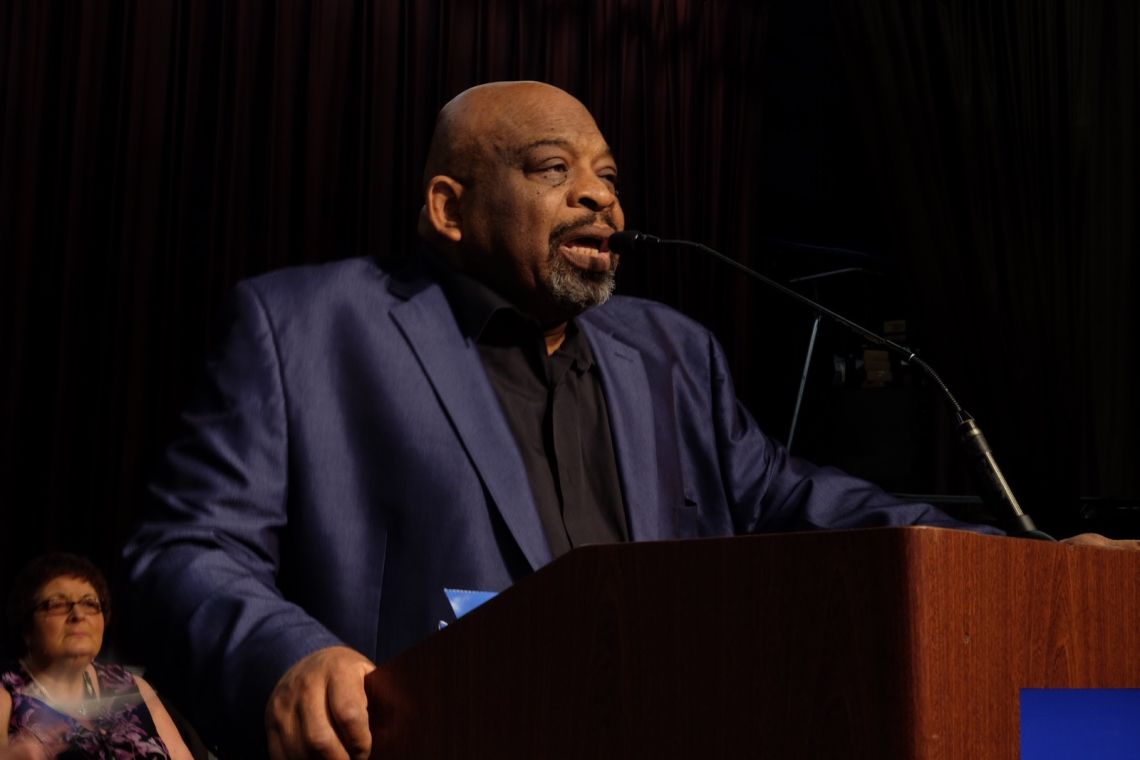 President Gresham, his Executive Board and more than 4,000 delegates represent the Union’s 450,000 members.  He first won election to the presidency in 2007.

Maria Castaneda was elected to continue as Secretary-Treasurer.  She also has served in this capacity since 2007.

The leadership team has committed itself to drive the critically important issue of health care - not just for Union Members, but for the American People as well.

Gresham said the leadership of 1199 SEIU “are (also) ready to face the challenges that come with a presidential election next year.”

“I want to thank my Sisters and Brothers in 1199SEIU for their faith in our Union, and in our dedicated leadership team,” Gresham said. “As we move forward, our concerns will focus, as they always have, on quality, affordable care for all Americans.  Much of the polling over the past year shows the public is extremely concerned about the future of healthcare for themselves and their families.  We will not sit idly by while some elected officials try to strip tens of thousands of hard-working Americans of the health care they deserve.  Our Caregivers know the health care system from a front-line perspective and we will continue fighting to make sure their voices are heard.”

Castaneda is the highest-ranking Asian-American in the Labor Movement.  Passionate about climate change, she said she plans to continue her advocacy work on behalf of the environment, and all Workers at 1199 SEIU, adding SEIU Delegates “are a very special part of the Union.”

“My thanks to the Union Membership and Staff for their continuing faith in me.  Our 1199 delegates are the heart and soul of the Union,” Castaneda said. "They are the leaders in our workplace and communities advocating for quality health care, good jobs, social justice and a healthy planet.  They also are an important point of contact for our Members in the shops, problem solving, making sure Workers are treated fairly, and helping negotiate and enforce strong contracts.  As the health care industry evolves, our Delegates make sure our jobs and standards aren’t threatened by unscrupulous bosses.”

1199 SEIU Members were joined at the ceremony by New York City Mayor Bill de Blasio, the Reverend Jesse Jackson, as well as many other dignitaries.

To Directly Access This Labor News Story, Go To: www.1199seiu.org/media-center/1199-swears-4000-delegates-leadership-team