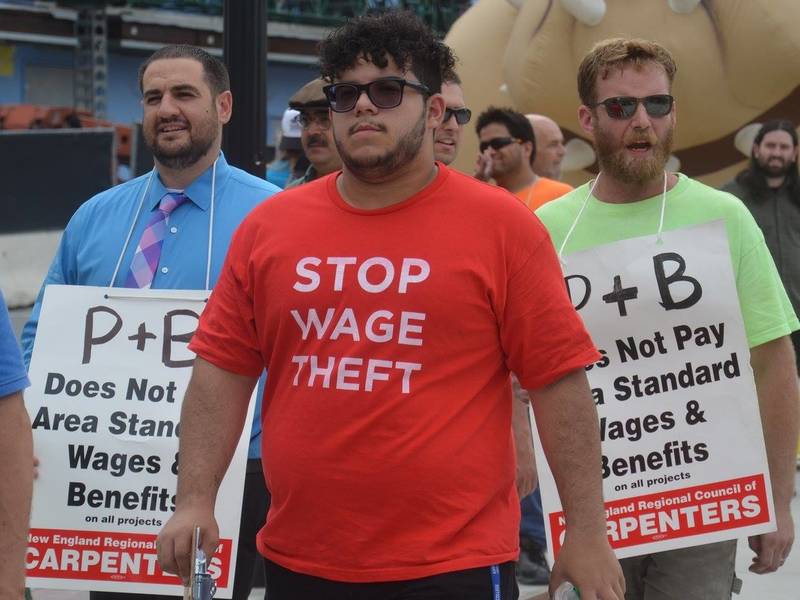 (VALLEY STREAM, NEW YORK) - The owner of a Long Island Construction Firm will serve 30 days in jail for shorting Workers $280,000 by failing to pay Prevailing Wages on construction work at public schools in the Bronx, prosecutors said.

His wife, Gayatri Mangru, was sentenced to a conditional discharge for a misdemeanor conviction on the same charge.

In New York City, the rate is set by the comptroller's office.

The couple's firm flouted those laws on school construction projects between 2012 and 2015, the Attorney General said, paying between $120 and $160 per day for workweeks of 40 to 50 hours.

Stringer's office previously had banned the husband from working on public projects after he was caught violating Wage Laws.

The Comptroller referred the case to the State Attorney General, he said, after Mangru created a new firm to keep working in the city while still skirting Prevailing Wage Laws.

Both the husband and wife pleaded guilty to the charges in February and have paid $80,000 in restitution to three Workers.

A judgment order of restitution has been placed on the remaining $201,630.

The defendants will be barred from bidding on any public works contracts in the State for five years, officials said.

To Directly Access This Labor News Story, Go To: www.crainsnewyork.com/real-estate/construction-owner-gets-jail-failing-pay-280k-wages?fbclid=IwAR3BTC3ZjNbJUKMBO9rEYzzL4FZ4vKXab7ihhjuhdfNRI1W69WVXttfdYXM