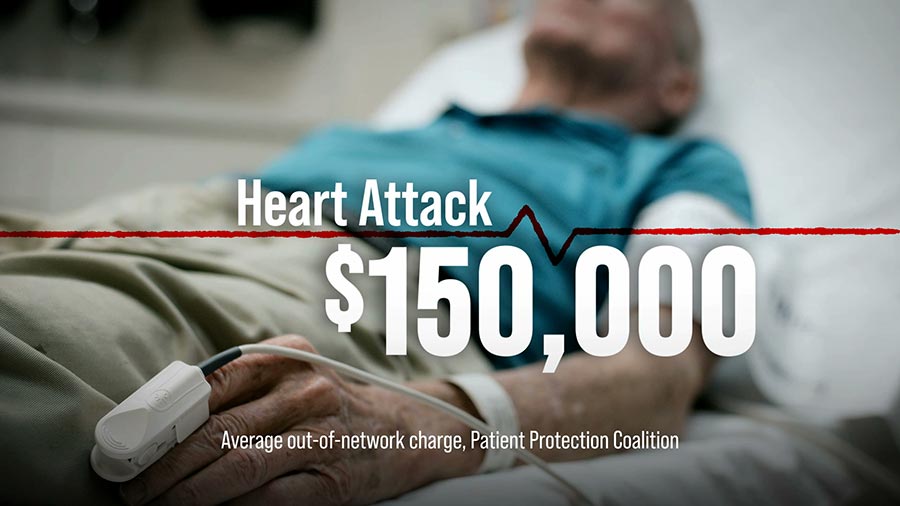 The spot highlights the average out-of-network charges consumers in the New York Metro Area can face - an eye-popping $220,000 for a broken leg and $150,000 for a heart attack.

The Legislation (S.3171-A / A.264-B) will defend patients from abusive hospital fees and help end surprise bills for patients who wind up in out-of-network hospital emergency rooms.

The spot began airing this past weekend in Albany, Westchester and Long Island on traditional broadcast and cable.

Coalition partners will also share the ad, and a 15-second cut - Patient, on their own Social Media Platforms.

To Directly Access This Labor News Story & To View The TV Spot, Go To: www.nysut.org/news/2019/june/tv-ad-exposes-threat-of-exorbitant-surprise-emergency-hospital-bills