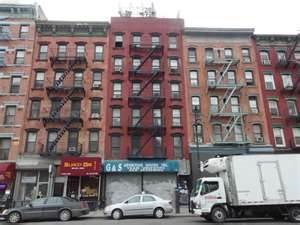 (NEW YORK CITY) - New York State’s Legislative Leaders announced this week that they’ve reached agreement on an Omnibus Bill that they say will “give New Yorkers the strongest tenant protections in history.”

The Bill would greatly strengthen protections for tenants in the roughly one million apartments covered by the State’s Rent-Stabilization System, more than half of whom make less than $50,000 a year.

It would also let local governments outside New York City and Westchester, Nassau and Rockland Counties opt into rent stabilization, which they are currently barred from doing, but it does not include a measure that would have expanded tenant protections to almost all the State’s rental housing, prohibiting landlords from evicting tenants without a specific “good cause” such as not paying their rent.

“For too long, power has been tilted in favor of landlords and these measures finally restore equity and extend protections to tenants across the State,” Senate Majority Leader Andrea Stewart-Cousins and Assembly Speaker Carl Heastie said in a statement announcing the final version of the Bill on Tuesday (June 11th). “These reforms will pass both Legislative Houses and we are hopeful that the Governor will sign them into law.”

A spokesperson for Heastie said both houses are scheduled to vote on the Bill on Friday (June 14th).

The Bill would close the loopholes in rent regulations the State imposed in the 1990s, which are estimated to have caused the loss of more than 300,000 rent-stabilized apartments.

It would repeal the 1997 law that allows landlords to deregulate vacant apartments once the rent gets high enough - currently about $2,775 a month.

It would make “Preferential Rents,” rents below the legal maximum, last as long as the tenant stays in the apartment, so they don’t get hit with a $500 increase when their lease expires.

It also would repeal the extra 20% increase allowed on vacant apartments since 1997 and prohibit both the State and Local Governments from granting rent increases based on how long the tenant had lived in the apartment or how low their rent was.

“Housing Justice for All is proud to stand with the State Legislature as it takes meaningful steps forward to end tenant harassment, displacement, destabilization and rising rents,” Cea Weaver, who serves as the Campaign Director of the Upstate Downstate Housing Alliance, which had advocated a nine-Bill “Universal Rent Control” Package, said in the Stewart-Cousins/Heastie statement. “This Bill is affirmation of the statewide movement that we are building together, and we look forward to working with the Senate and the Assembly, in the years to come, until every renter, from Brooklyn to Buffalo, can live free from the fear of displacement.”

In May, they were among the 12 Unions whose leaders - including New York State AFL-CIO President Mario Cilento, endorsed the package.

“Our Members – tenants - need protection from unfair and unreasonable rent increases, from unsafe conditions, and from retaliation,” they wrote, adding that the nine Bills would expand protections “for nearly five million unregulated tenants across the State,” Cilento said.

To Continue Reading This Labor News Report, Go To: http://laborpress.org/unions-hail-major-new-agreement-on-tenant-protections/