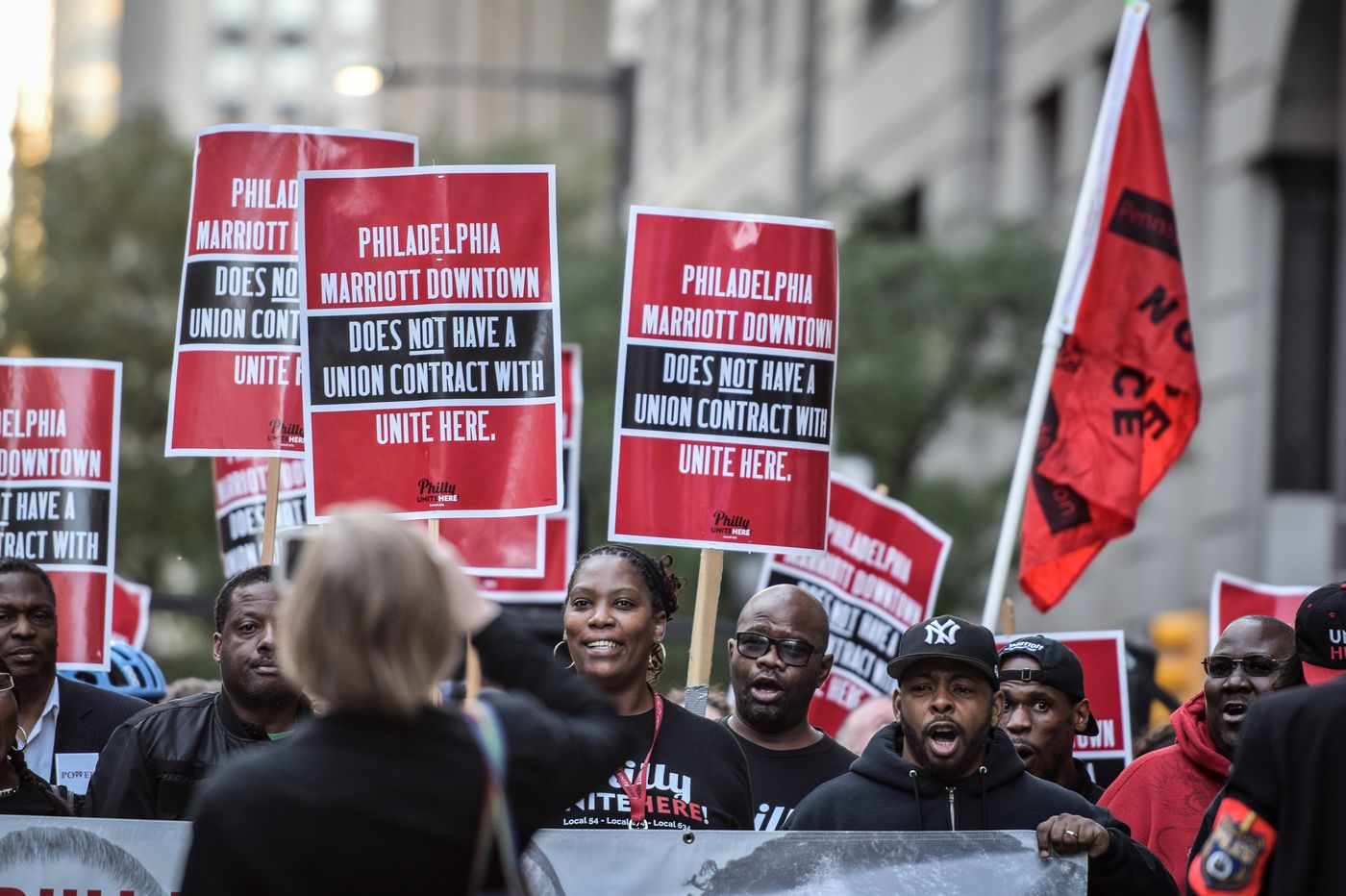 Nearly 8,000 Marriott Employees in eight cities took part in the work stoppages in October and November, under the rallying cry of: “One Job Should Be Enough.”

The Strike grabbed national headlines and ended with higher wages and better health care for Housekeepers and other Hotel Staff.

Since then, the Workers’ Union, UNITE HERE, has won elections at Non-Union Marriott properties in Baltimore, San Francisco, San Diego and Irvine, California.

The four wins have added more than 1,000 new Members to UNITE HERE’s ranks, expanding their footprint within a brand that historically hasn’t been easy for the Union to organize.

UNITE HERE President, D. Taylor said the high-profile Strike gave them a significant boost in those efforts, allowing Members to show Non-Members the gains they were making in Unionized Hotels: “I don’t think there’s any question.  They saw workers standing together and achieving good things.  And we had leaders from Marriott hotels talk to people in Non-Union Marriott hotels, just like in any organizing campaign.”

He added: “If we don’t seize the moment now, we’re crazy.”

The fact the Union parlayed its Strike into Membership gains is good news for Organized Labor more broadly.

Buoyed by a tighter Labor Market and a groundswell of organizing among Teachers, more Workers went on Strike last year than in any since 1986.

Large-scale work stoppages have continued into 2019, with more than 30,000 Stop & Shop Grocery Workers walking off the job in April.

Labor Activists have hoped the Strikes would fire up not just the participants but Workers watching from afar, too.

That was certainly the case with the wave of Teacher walkouts last year.

Teachers in West Virginia waged a nine-day Strike over school funding and compensation, helping to inspire Teachers in Oklahoma and Arizona to do the same.

In the case of Marriott, UNITE HERE happened to have contracts in several different cities expiring at the same time, so the Union held a series of Strike Authorization Votes in September, enabling Workers around the country to go on strike concurrently if they weren’t satisfied by the company’s offers.

Having Workers at so many different properties onboard gave the Union strength in numbers and more publicity when they started picketing.

To Continue Reading This Labor News Story, Go To: www.huffpost.com/entry/the-marriott-strike-helped-grow-the-largest-hotel-workers-union_n_5cfead38e4b02ee3477b5a41?fbclid=IwAR3q6dz7c4I8bsNlLO1rveCSbFS89hwjUqYTRHMYtWX-poKF6_k4obQacTQ

Wow! I 'never knew' Marriott was the largest hotel chain in the World. 'Accolades to UNITE HERE's Union leadership, their 'War Room' - which established strategies, and the 'heightened solidarity' of their hard-working Membership. Congrats! Posted by Dan Boody on June 13, 2019 at 1:58 pm