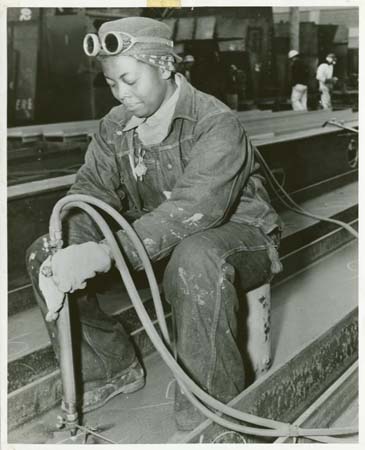 Previously, Black Women's work in the United States was largely limited to domestic service and agricultural work, and wartime industries meant new and better-paying opportunities - if they made it through the hiring process, that is.

White Women were the targets of the U.S. government's propaganda efforts, as embodied in the lasting and lauded image of Rosie the Riveter. 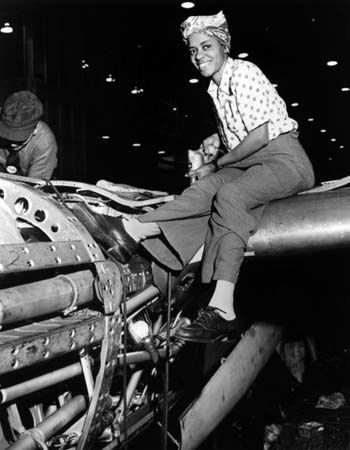 To View All 15 Photos, Go To: www.stuffmomnevertoldyou.com/blogs/15-rare-photos-of-black-rosie-the-riveters.htm?utm_medium=share&utm_campaign=hsw_share&utm_source=facebook&fbclid=IwAR1Q5WlY0DIqr2rzrqFl7GbNOgLG91Yq8mz-MK2wl0hUgduEsGeYqoEPFZE