Unions & Their Members Giving Back To Their Communities Here In Western New York: IUPAT District 4 Union Painters Donate Their Time To Help Put The Finishing Touches On A Niagara County Skate Park 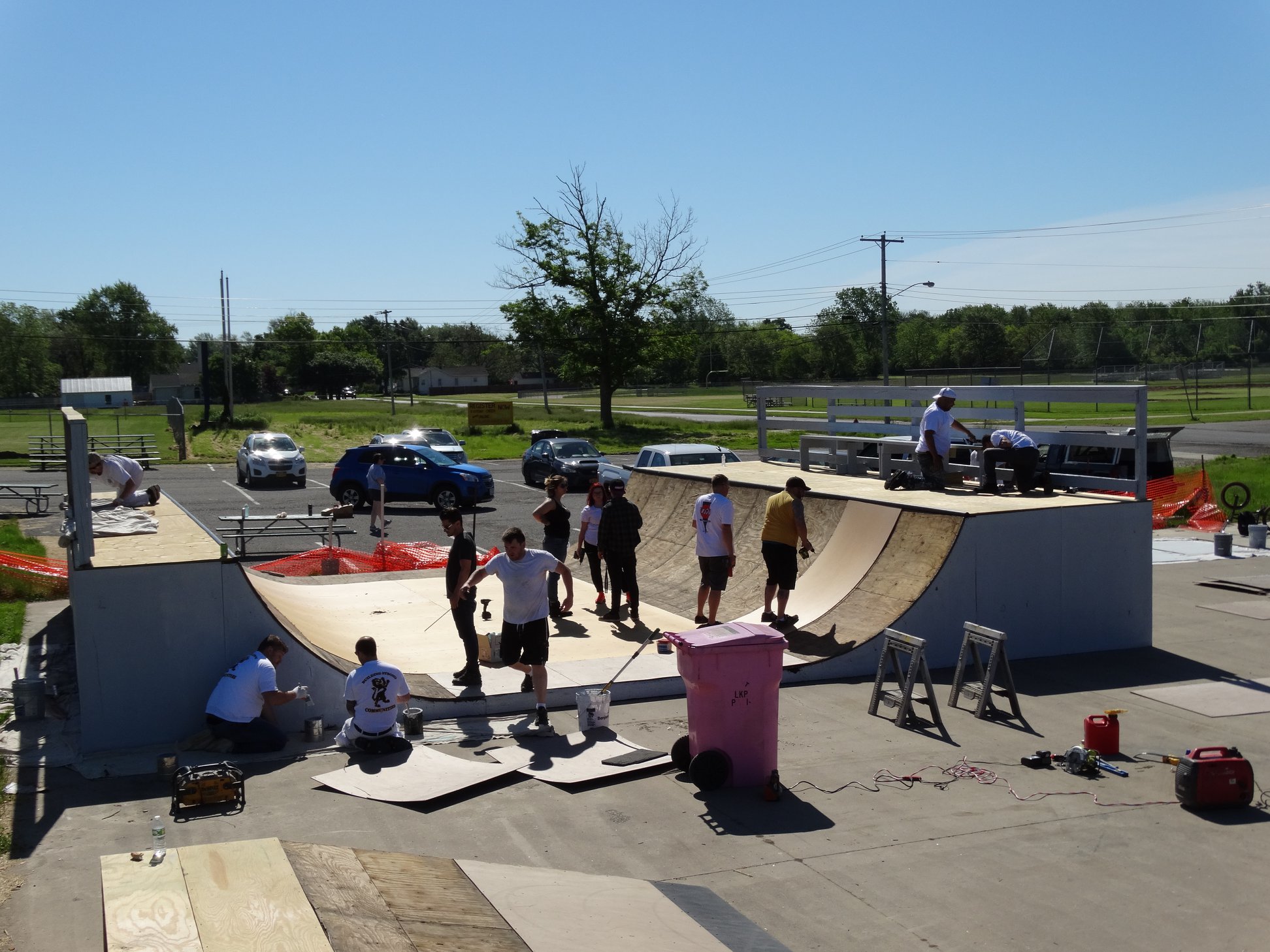 (LOCKPORT, NEW YORK) – For the most part, when Labor Unions and their Members do something good for the communities where they work, live and raise their families, it goes unnoticed.  It seems the general public and the mainstream media is more interested in Organized Labor when it comes to either a picket line or a Strike.

But in Niagara County over the weekend, seven Members of the International Union of Painters & Allied Trades (IUPAT) District Council 4 here in Western New York volunteered four hours of their time - joining a number of other community volunteers - to prime and paint portions of the newly-constructed Railyard Stake Park in Lockport.

“It all gave us such a ‘great’ feeling,” Painters Local 112 Recording Secretary Guy Falsetti told WNYLaborToday.com.  “They ‘were looking for help and it was up to us to get it done.’   ‘This is what (Labor Unions and their Members) do and ‘that’s what we do.’” 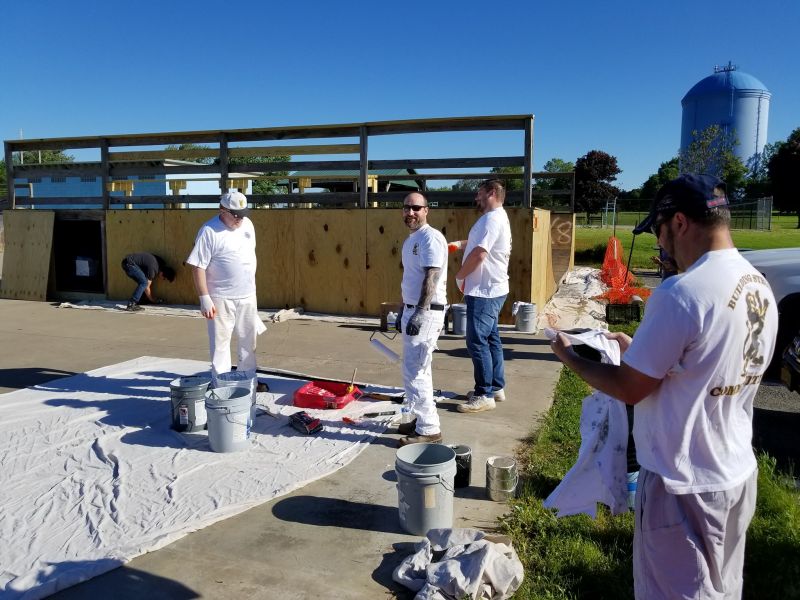 The Lockport Union-Sun & Journal reported that prior to his death at the age of 14 due to heart failure, local resident David Metzger was an avid skater and bicycle rider who often enjoyed visiting the Railyard Skate Park, which was one of the reasons why a group of his friends and supporters - including those Union Painters - donated their time to improve its condition.

Falsetti said he first talked to IUPAT District 4’s Organizer Wes Schlossin to see if it was something their Union and its Members, both active and retired, could take on. 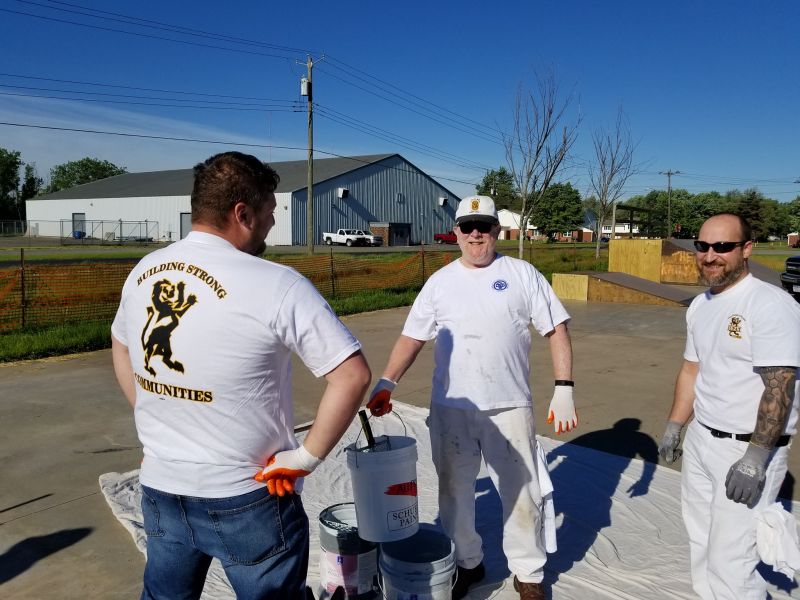 “I saw him posting over the last few months that they were in the process of rebuilding the skate park,” Falsetti told the Lockport Union-Sun & Journal, referring to Friends of the Railyard Skate Park Committee Advisor Joe Villella, who is a long-time friend. “I know ‘we do community outreach when we can and I figured, if we could lend a hand, we’d love to.’”

Hans Bald, one of the Co-Chairs of the Skate Park Group, said: “I’m really happy to see all these people.  This is the fifth weekend we’ve just been doing this.  The city was able to allocate funds to purchase the repair materials for us.  We just want the park to last three years or so… (that way) we can raise money (using it as a venue).  We’re working together with the Union.  ‘When you work together, collaboratively, a positive result happens.’”

The mission of the Skate Park is to improve opportunities for youth and recreation in the City of Lockport, while maintaining safety in the community.

This community outreach effort in Lockport is just one of dozens of community projects that IUPAT Volunteers participate in across the United States and Canada.

The Union’s Membership is committed to giving back to the communities where they live and work “and this effort is ‘just one day in the many more we have planned to volunteer our skills to take care of our neighbors,’” Falsetti said.

“We ‘hope to inspire others to do the same,’” he added. 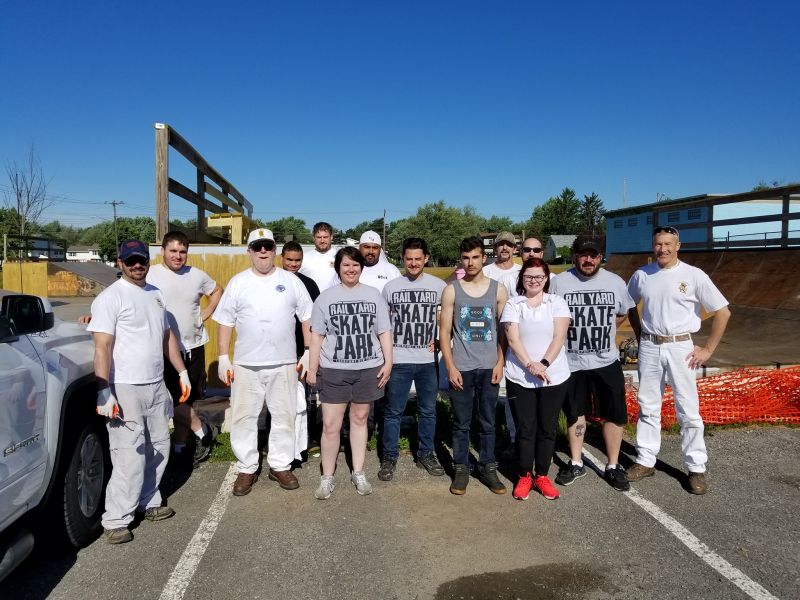 Photos That Appear With This Labor News Story Are Courtesy Of IUPAT District Council 4 Via Its Social Network Facebook Page.

Well, this is a 'wonderful' article demonstrating 'how' Unions 'do give back,' volunteering their time. Giving back to our communities is a 'trademark' of Painters District Council 4's Leadership and the Union's hard-working men and women Members for 'well over' 30 years. 'Had I known, I probably would have jumped in to swing a brush and roller to help out.' Congrats! to all of you that stepped up - and to Guy Falsetti, Union Painter Member, for bringing the proposal to help to his Union's staff. Posted by Dan Boody on June 10, 2019 at 9:48 pm