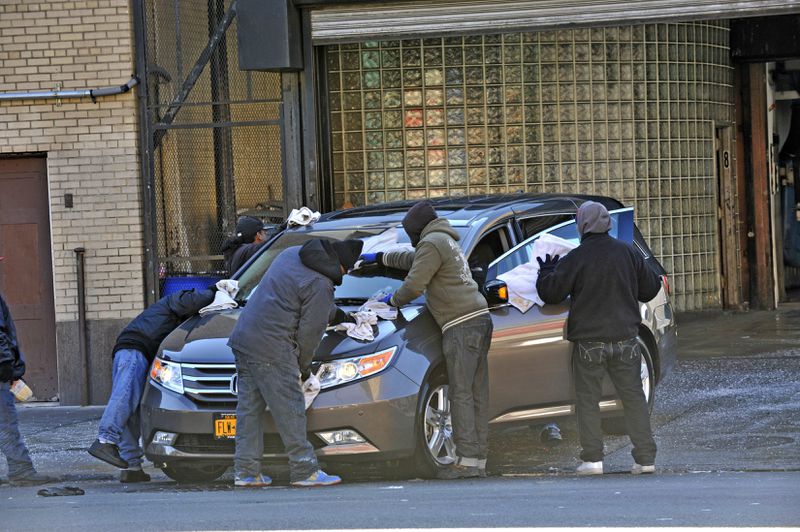 (ALBANY, NEW YORK) - Car Wash Workers are getting a raise.  After years of battling Wage Theft and low pay, the towel-wielding Workers will be paid a full Minimum Wage thanks to a bill passed Thursday (June 6th) by State Lawmakers.

The measure amends Labor Law so that Car Wash Employees in New York City and the Suburban Counties of Suffolk, Nassau and Westchester are no longer paid a lower rate, known as “Sub-Minimum Wage,” and supplemented by tips.

“Car Wash Workers across Queens ‘have been underpaid for years, and rely on tips to make their living.’  Wage Theft ‘is rampant and many of these Immigrant Workers are exploited at the hands of a system that does not protect them,’” bill sponsor Sen. Jessica Ramos (Democrat-Queens) said after her chamber approved the measure a day earlier on Wednesday.

The Assembly followed suit and passed the measure Thursday afternoon.

The majority of the impacted Workers - often called Carwasheros - are Immigrants who endure long days and brutal weather to earn tips from Drivers looking to keep their rides clean, but the industry has been beset by allegations of unscrupulous owners often underpaying Employees or cheating them out of wages.

Last December, dozens of Carwasheros received thousands of dollars in back pay as part of a $5 million settlement with the owner of four car washes in New York and New Jersey.

The 88 Employees, which including Immigrants from the Dominican Republic, Mexico, Nigeria, Mali and El Salvador, were paid from $4 to $5 an hour, well below the Minimum Wage.

Retail, Wholesale and Department Store Union (RWDSU) President Stuart Appelbaum applauded the bill’s passage: “For ‘far too long’ Car Wash Workers in New York ‘have earned poverty wages under the Tip Credit Law.’  ‘As a result of the work of both chambers passing this legislation, over (5,000) Workers will now have a chance to earn fair wages for their work.’”

RWDSU has spent years working on a drive to Unionize Car Wash Employees, helping them organize and fight back against owners who they say have exploited them by paying less than minimum wage and pocketing their tips.

It’s now up to Governor Andrew Cuomo to sign the bill.

“The Governor raised the minimum wage to $15 an hour because he believes in a fair day’s pay for a fair day’s work and we will certainly consider any legislation that builds upon this and helps lift Working People out of poverty," Senior Cuomo Adviser Rich Azzopardi said in a statement.

To Directly Access This Labor News Report, Go To: www.nydailynews.com/news/politics/ny-carwash-workers-lawmakers-bill-minimum-wage-20190606-qspft7zmzzewhfpfiaesi4xdvi-story.html?link_id=2&can_id=d28a0e75022b91d73fc95bc86b686390&source=email-union-matters-june-7-2019&email_referrer=email_558676&email_subject=union-matters-june-7-2019